Lucy Hodges is an award-winning world champion sailor, mentor and disability sports ambassador. She is one of the UK’s most successful disabled sailors being 3 times Blind Match Racing World Champion and two times World Blind Fleet Racing Champion. In December 1997 she was registered blind with Photophobia Nystagmus a condition that she has had since birth born.  All through her life, Lucy has used sport as her way of overcoming the barriers that come with her disability.

Before finding sailing she was an elite level swimmer earning 2 British Records in the visually impaired B2 category.  But it was in sailing that she found her true calling building the passion that gave her freedom from day to day life and relying on a white cane and allowing her to travel the world competing at the highest levels. "They won't let me drive a car around the M25 by myself but they'll let me helm a boat!" she reflects.

Her competitive career is not her only motivational force.  Lucy is also passionate about using her experience and life story to inspire others.  She is the commodore of Blind Sailing UK, a charity encouraging and providing sailing to the Blind across the country. Under her leadership, Blind Sailing UK has consistently produced a string of world champion sailors that continue to dominate the sport year after year. Through Blind Sailing UK Lucy has also been highly inspirational promoting and support sailing at a grass-roots level working closely with yachting and sailing clubs and events throughout the UK.

In recognition of her contribution to blind sailing, she was awarded an MBE in January 2014.  Earlier in 2013 she sailed Lake Windermere solo to help raise money for the British Blind Sailing Team's travel costs to compete in the World Championships in Japan.  She has received numerous awards in recognition of her many achievements including RADA European Human Rights Award, was Rochford District Disabled Sports Personality of Year 5 years running and recognised with distinction at Essex Sports Awards for both Disabled Sports Personality of the Year and Sports Personality.

Now Lucy is using her compelling life story to inspire and motivate others.  Her inspirational story continues to make headlines in local, national and international press including features for the BBC, CNN and many others. Her high-profile career and achievements have meant that she has been in great demand as a keynote and motivational speaker at events across the country at all levels.  Her infectious sense of humour coupled with her natural passion for inspiring others means that she is comfortable in front of any audience, be it in a school classroom or at the largest corporate function.

Contact the Champions Speakers agency to book Lucy Hodges for your event today. Simply call a booking agent on 0207 1010 553 or email us at agent@championsukplc.com for a free quote.

Back to Yachtsmen & Yachtswomen 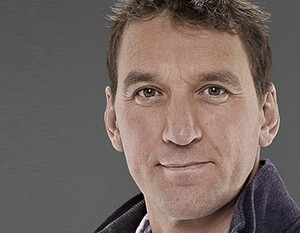