Lizzie Deignan has established a career as a dominant cyclist, who made headlines after she claimed the first Olympic medal for Team GB at the London 2012 Olympic Games. A Silver Olympic medallist, World Road Race Champion and four-times British National Road Race Championships winner, Lizzie has solidified her talent in the history books. Currently riding for the UCI Women’s World Team Trek-Segafredo, Lizzie has already claimed significant victories with the team, including the win of the 2021 Women’s Paris-Roubaix. Now booked as a speaker, Lizzie shares her career successes and how she has achieved peak performance in top-tier sports.

Taking up cycling in 2004, Lizzie was recognised by the British Cycling Olympic Talent Team, and later graduated from the British Cycling Olympic Podium Programme. Her first major win saw her claim Silver in the Scratch Race at the Junior World Track Championships 2005, followed by becoming the Under-23 European Scratch Race Champion in both 2007 and 2008. She was also the winner of seven Gold medals at the 2008 UCI Track Cycling World Cup Classics and the Team Pursuit event at the 2009 UCI Track Cycling World Championships. After securing success in track cycling, Lizzie made the move to road cycling from 2009 onwards, winning the youth class of the Giro d’Italia.

After securing success in her early career, Lizzie has continually impressed the public with her talents in cycling. She has since claimed Silver in the Road Race at the 2010 Commonwealth Games and Gold at the 2014 Commonwealth Games, Silver in the Road Race at the London 2012 Olympic Games, Gold at the 2015 World Championships Road Race and Gold, Silver and Bronze at the UCI Track Cycling World Championships to name but a few honours. She also qualified to represent Team GB at the 2016 Rio Olympic Games, finishing in 5th place, and for the Tokyo 2020 Olympic Games, finishing in 11th place. Most recently, in 2021, Lizzie claimed the win of the Women’s Paris-Roubaix, demonstrating an impressive breakaway with just 80km remaining.

Having demonstrated her prowess as a cyclist, Lizzie is now booked as an inspirational Olympic and sports speaker to share the successes of her career with budding audiences. Having documented her story in the documentary The Next Race, Lizzie shares how she has made it to the top of the sport of cycling and the qualities she had to work on to get there. From peak performance to mental resilience, Lizzie speaks on topics that are relatable to businesses, including challenges she had risen above in her career. An inspirational sportswoman who has broken glass ceilings in a male-dominated sport, don’t hesitate in booking Lizzie Deignan when looking for an inspirational Olympic speaker for your next event. 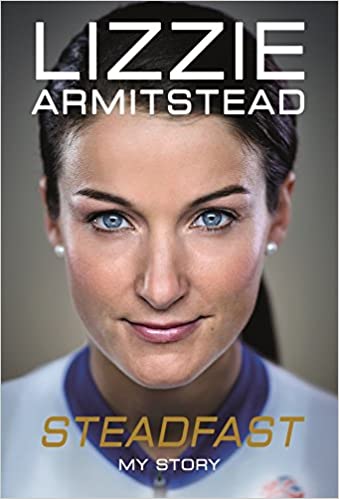 How to hire Lizzie Deignan

Contact the Champions Speakers agency to provisionally enquire about Lizzie Deignan for your event today. Simply call a booking agent on 0207 1010 553 or email us at [email protected] for more information.