Multi-gold medal holder, Victoria Pendleton, is an icon of the Olympic Games. As both a sprinter and successful cyclist, her power, determination, and mental resilience shines through on the track, making Victoria a formidable force at the Olympic and Commonwealth Games. Appointed MBE, CBE and inducted into the European Cycling Union Hall of Fame, Victoria’s achievements are documented in her autobiography, Between the Lines, and sports speeches. Widely considered to be one of the UK’s most successful athletes, an Olympic speaker like Victoria supplies a unique insight into the world of elite competing.

With 14 international gold medals to her name, she holds the secrets to peak performance and marginal gains, and is regularly booked to share the strategies for personal development. Victoria’s Olympic debut was at the 2004 Athens Summer Olympic Games, where she competed in the 200 metre sprint. Following a ninth-place finish, she returned for the 2008 Beijing Summer Olympic Games where Victoria secured her first gold medal in the sprint. On her home turf at the 2012 London Summer Olympics, she broke the world record in the team sprint qualifying stage, before winning a gold medal in the keirin.

Additional triumphs include nine gold medals in the athletic World Championships from 2005 to 2012, two gold medals at the 2011 Apeldoorn European Championships and a gold at the 2006 Melbourne Commonwealth Games. Such unprecedented success makes Victoria an authority on the winning mindset, and a positive role model to young women everywhere. Dominating a male-orientated industry, with each win Victoria proved the power of female athletes. Following her retirement from professional cycling, Victoria proved her versatility by competing in the 2015 Betfair Novice Flat Amateur Riders' Handicap at Ripon riding Royal Etiquette.

As a jockey, she won her first race in 2016 before competing at the 2016 Foxhunter Chase, where she finished fifth. Boasting such a respectable career, Victoria has been featured in several publications, including Harper’s Bazaar and FHM. As an advocate for positive female representation, she partnered with Clinique in 2016 to inspire women across the country. Victoria has even gone on to release her own range of women’s bikes, a testament to her ongoing dedication to the sport she loves. When booked for events, audiences will be star struck by this icon of athletics, ensuring the success of your event.

Victoria was invited to the 2014 Conservative Party Conference, where her keynote speech discussed the importance of sport in school, and stated that children should be given a “sporting chance”. 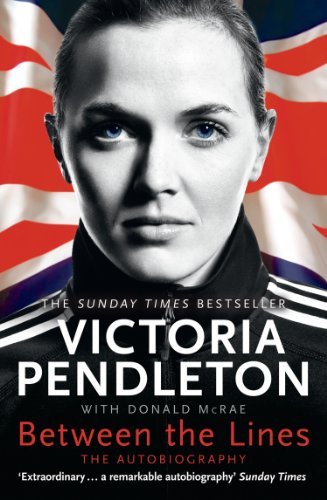 Between The Lines: The Autobiography

How to hire Victoria Pendleton

Contact the Champions Speakers agency to provisionally enquire about Victoria Pendleton for your event today. Simply call a booking agent on 0207 1010 553 or email us at [email protected] for more information.

When at corporate events, Victoria is known to cover the following topics:

"Professional, open and humorous, all in the right measure." - Logistik Ltd