The London Gazette reported Kim Hughes' heroics in his time as a bomb disposal expert in the British Army, as "the single most outstanding act of explosive ordnance disposal ever recorded in Afghanistan. He was resultantly awarded the George Cross for defusing seven Taliban bombs with his bare hands, in just one day; this made him only 74 living recipients of the award.

Blocking out the immense fear of death, Kim Hughes talks in his speeches about the importance of a sense of humour in his line of work. He also discusses the pain of watching his colleagues get their legs blown off, seeing dead soldiers and losing close friends. While he taps into the emotional side in his presentations, he also discusses the attention to detail required, the intricacy of Standard Operating Procedures and delicacy of life.

Kim discusses his enemies, not only the enemy who planted the bomb, but also the unforgiving heat, desert sand and fear factor. Remembering every IED he ever dealt with, Kim can paint a stark picture of the reality for an explosive ordnance disposal expert.

"Dealing with any form of IED is dangerous. To deal with seven Victim Operated IEDs linked in a single circuit, in a mass casualty scenario, using manual neutralisation techniques once, never mind three times, is the single most outstanding act of explosive ordnance disposal ever recorded in Afghanistan."

A harrowing yet inspiring tale is told by Kim in a manner befitting of the hero he is. Kim is humble, formidable and can share stories of the dangers of the frontline. Owing to his remarkable set of skills, which have combined the technical with the mental and physical, Kim can offer a hugely compelling keynote speech focusing on leadership, courage, teamwork, strategy and motivation.

Ideal for corporate conferences, as well as team building events, Kim Hughes GC is one of the most engaging experts in his field, in the world today.

Contact the Champions Speakers agency to book Kim Hughes for your event today. Simply call a booking agent on 0207 1010 553 or email us at agent@championsukplc.com for a free quote.

When at corporate events, Kim is known to speak on the following topics:

"A very moving and motivational speech. The way he captivates his audience is inspiring. Putting everyone at ease and at the same time keeping them on the edge of their seats proves his charter and skill. The room was filled with laughter, tears and on some occasions complete silence as we all listened intently to his every word. Outstanding." - MOD

"Amazing!! He told his story in such a way it brought true value to the aim of the function. Focussing on 'team-work' and 'personal motivation' the audience was in awe. His analogy of 'overcoming fear' was second to none." - ABP

"Kim's after-dinner speech at our Walsh Fundraising charity evening was a terrific success and certainly increased contribututions enormously. The talk was both emotional and inspiration captivating all 300 people at the event." - Walsh Investment Properties

"Kim did an 'off the cuff speech' (without any notes) at our company black and white ball to raise money for the 'Help for Heroes' charity. He spoke about teamwork and engaged the whole room with his stories about his experience in the forces and the outstanding act of bravery that he was involved in. He received a standing ovation at the end of his speech." - High Peak Community Housing

"What a guy. The way he captured the audience was amazing. As he talked of personal experiences it made us feel like we were there with him. We asked for a 'Team-Work' based speech and got so much more; his manner, confidence and presences proves his worth." - DDM

"Kim communicated with such passion and integrity that the whole audience were so impressed, we gave him a standing ovation." - Chris Ruane MP

"Kim has the ability to describe his front line experiences with eloquence, whilst holding his audience's attention with his charm, wit and humility. Kim is an all round, excellent speaker." - PFS 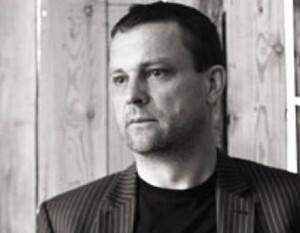 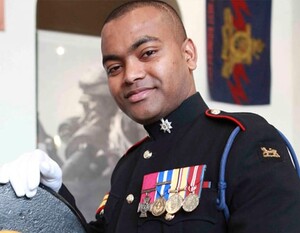 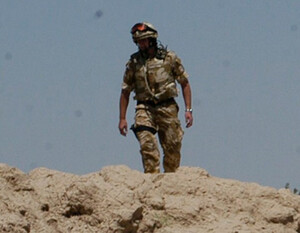