Jonathan ‘Jono’ Macbeth’s exceptional professional sailing career began with an offer, from Sir Peter Blake, to help lift a fridge freezer. This seemingly random encounter was the spark for a successful America’s Cup career that now spans over 21 years.

After initially meeting yachtsman, Sir Peter Blake, during a summer job, Jono was invited to trial for Team New Zealand. In 1997 Jono was confirmed as a permanent member of the team as part of their defence of the 31st America’s Cup in 2000. Their defence was successful, as was the first America’s Cup victory of Jono’s career. As part of Team New Zealand Jono was the defender and runner-up in the 2003 Cup and the 2007 winner of the Louis Vuitton Cup.

Going from strength to strength, Jono’s career progressed and he went on to join the BMW Oracle Racing team, becoming part of two more victorious Cup cycles. In 2010 the team won the American’s Cup, the first American syndicate to do so in nearly two decades. In the same year, they went on to win the Deed of Gift match in Valencia. In “one of the greatest comebacks in sports history” Jono and Team Oracle Racing bounced back from being seven points down, to win the America’s Cup in 2013.

During the 2013 campaign, Jono was reunited with Sir Ben Ainslie, Oracle’s former Cup-winning tactician. Jono’s relationship with Ben goes back to sailing together in the 2007 TNZ campaign and he decided to follow him and join the LandRover BAR team where he remained until 2019.

Most recently, Jono has undertaken an important role, mentoring the sailors in the INEOS Rebels programme that he helped to create. The Rebels programme was launched to support talented young British sailors and establish a career route for them into the America’s Cup. Jono’s personal goal for the Rebels is to ensure young and promising sailors have the opportunity to reach their full potential.

Through his work with the INEOS Rebels, it is evident that Jono has a clear passion for contributing and educating people about his sailing experience, making him perfect for his role model and leader. As a speaker, he educates his audiences on determination and persistence as well as inspiring others to achieve thier dreams.

Contact the Champions Speakers agency to book Jonathan Macbeth for your event today. Simply call a booking agent on 0207 1010 553 or email us at agent@championsukplc.com for a free quote.

When at corporate events, Jono is known to cover the following topics: 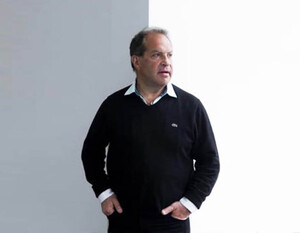