Jo Salter is famed for becoming the first female fast jet pilot, having flown the Panavia Tornado ground attack aircraft during her services in the Royal Air Force. Joining the RAF aged 18, Jo has since taken Air Cadets into the skies as part of Air Experience Flights and become the Director of Global Transformative Leadership for PWC. Having developed first-class expertise in leadership, analytical thinking and performing under pressure, Jo is now a highly sought-after public speaker to share stories from her time in the skies.

Aged 18, Jo joined the Royal Air Force and began her studies at the Royal Military College of Science. Initially passionate to become an engineering officer, Jo’s decisions made a U-turn when it was announced that women would be allowed to pilot jet aircraft. In 1992, Jo earned her wings to fly and she later completed her fast jet training at the end of the year. Becoming a Flight Lieutenant of 617 Squadron, Jo went on to claim the title of the first female fast jet pilot. Since then, Jo has piloted flights in the Air Cadets Air Experience Flights and inspired countless budding armed service members to pioneer a male-dominated sector. Since leaving the military behind, Jo has established a strong business career working in roles such as Head of Technical Services for NetConnect, European Operations Manager for Automated Power Exchange and Managing Director of Saltin Ltd.

Jo is a passionate Trustee of The Royal Air Force Club and an Ambassador of the Global Angels charity, an organisation that gives communities around the world access to clean water, education, healthcare and encourages female and youth empowerment. Jo has also authored two books, titled Energy: 52 Ways to Fire Up Your Life and Become an Energy Angel and Energize: Spring Clean Your Mind and Body to Get Your Bounds Back Today and Every Day. In recognition of her achievements throughout her career, Jo has also been named as one of the 50 Most Inspiring Women in the World by Harpers & Queen. She is now working as the Director of Global Transformation Leadership at PWC, after working in other roles such as Director of Risk Technology Strategy, Director Chief of Staff to Head of Technology & Investments and the Director of People & Organisations. In 2022, Jo was invited personally by Tom Cruise to attend the premiere of Top Gun: Maverick.

Jo was interviewed by the BBC, listen to her speak on her own experience as a female fast jet fighter pilot:

"You're flying at 180mph and then suddenly you're at 0mph" #BBCBreakfast speaks to Britain's first female fast jet fighter pilot Jo Salter about her real life Top Gun moments in the air!https://t.co/lE4SCR0daA pic.twitter.com/8Y1eyvVIhS

Having learnt what it means to have determination, perform under pressure and be resilient, Jo is now booked as a speaker for a range of events to share anecdotes from her time in RAF service. Whether she be delivering a speech or facilitating a workshop, Jo inspires personal development, beating challenges and overcoming adversity in corporate audiences. Having also been an Associate Lecturer for the Open University Business School, Jo is confident when addressing large audiences and does so with ease, no matter if it is a breakfast briefing at The Ivy or at an international conference of 3000+. When looking for an inspirational speaker with an eye-opening story to tell, look no further than former RAF fighter pilot Jo Salter.

We recently conducted an exclusive interview with Jo Salter, watch the Q&A to find out more! 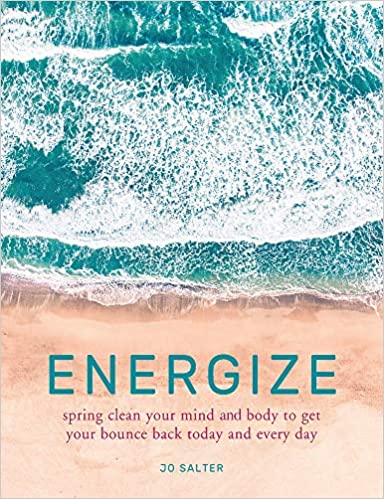 Energize: Spring Clean Your Mind and Body to Get Your Bounce Back Today and Every Day 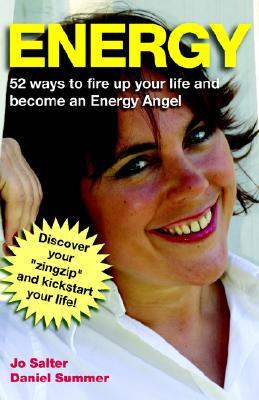 Energy: 52 Ways to Fire Up Your Life and Become an Energy Angel

How to hire Jo Salter

Contact the Champions Speakers agency to provisionally enquire about Jo Salter for your event today. Simply call a booking agent on 0207 1010 553 or email us at [email protected] for more information.

Jo is often booked as a speaker for events, read her latest feedback below.

"Jo Salter has solved more life and death problems than most of us can imagine - and she brings her courage, tenacity and determination to business and management in a way that is truly motivational" - Dan, Cable & Wireless

"Jo's remarkably down to earth for someone who's spent so many years with her head literally up in the clouds! The unique combination of her extraordinary experiences and her natural ability to make you think and laugh at the same time make her fascinating to listen to" - Caroline

"Wow- Jo was absolutely fantastic. An amazing guest speaker, totally engaging, hilariously funny and has an incredible story to share about facing adversity, diversity and performing at your very best! We loved having her, feedback was amazing, we just wish we had all day just to hear all her incredible stories. Totally loved it! Thank you, Jo" - Amy, Wells Fargo