Female comedian and vocal artist Jennie Robin innovatively mixes physical performance and vocal comedy to create a truly original and memorable stand-up comedian set. Growing up in the North West of England Robin embarked on her stage career as a late teen and has since gone on to play for big audiences at some of the most impressive venues in the UK including the Bristol Hippodrome.

An unusual comedian Jennie Robin’s performances include tongue-twisting and lightning speed comedy raps comprised of lyrics of her own making. Not to be outdone however Robin has further updated her style by including dance and acrobatics elements. Not your average comedian Jennie Robin also performs gymnastics and fire eating alongside her hilarious and utterly unique comedy vocals.

A perfect event comedian Robin has played for a variety of audiences and is always a big hit with younger crowds; able to handle even the most outrageous heckle Jennie Robin is smart, sassy and incredibly original.

Contact the Champions Speakers agency to book Jennie Robin for your event today. Simply call a booking agent on 0207 1010 553 or email us at agent@championsukplc.com for a free quote. 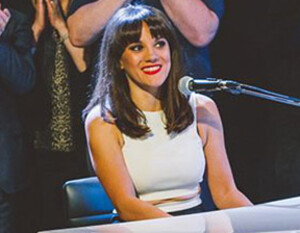 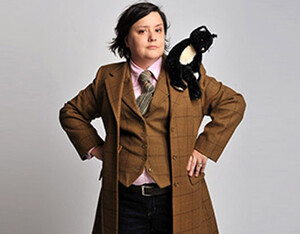