Jeffrey Pfeffer is a leading professor, who has worked for the past four decades as the Thomas D. Dee II Professor of Organisational Behaviour at Stanford University. Teaching students on topics including human resource management, power, politics in organisations and organisational behaviour, Jeffrey is considered one of the foremost authorities on organisational behaviour education. Inducted into the Thinker’s 50 Hall of Fame, Jeffrey is now also hired as a keynote speaker, focussing on topics including leadership development, modern management, employee health, company performance and evidence-based management.

Throughout his time as a professor, Jeffrey has authored a series of best-selling books, including the titles Dying for a Paycheck, The Knowing-Doing Gap, Power, The Human Equation and Leadership BS. Having also acted as a BP Faculty Fellow in Global Management, Jeffrey is a revered expert on management, workplace culture and human behaviour in organisational settings. In reward of his commitments to the sector, Jeffrey was inducted into the Thinker’s 50 Hall of Fame and awarded the Terry Book Award from the Academy of Management. He has also been the recipient of the Richard D. Irwin Award for Scholarly Contributions to Management, awarded an Honorary Doctorate from Tilburg University, the Hank McKinnell-Pfizer Inc. Faculty Fellow, Fellow of the Center for Advanced Studies in the Behavioural Sciences and Fellow of the Academy of Management.

With a highly credible career to his name, Jeffrey is now booked as a preeminent authority on organisational behaviour for corporate speaking engagements. Having formerly spoken for the likes of the University of Toronto and the University of Alaska, Jeffrey is a seasoned speaker and commands an audience with ease and confidence. Researching into the effects of work environments on human health and wellbeing, evidence-based management, power and leadership in organisations, Jeffrey knows first-hand how to promote positive organisational behaviour. When looking for an expert on organisational behaviour and the impact of work on human health and wellbeing, don’t hesitate in booking Jeffrey Pfeffer today. 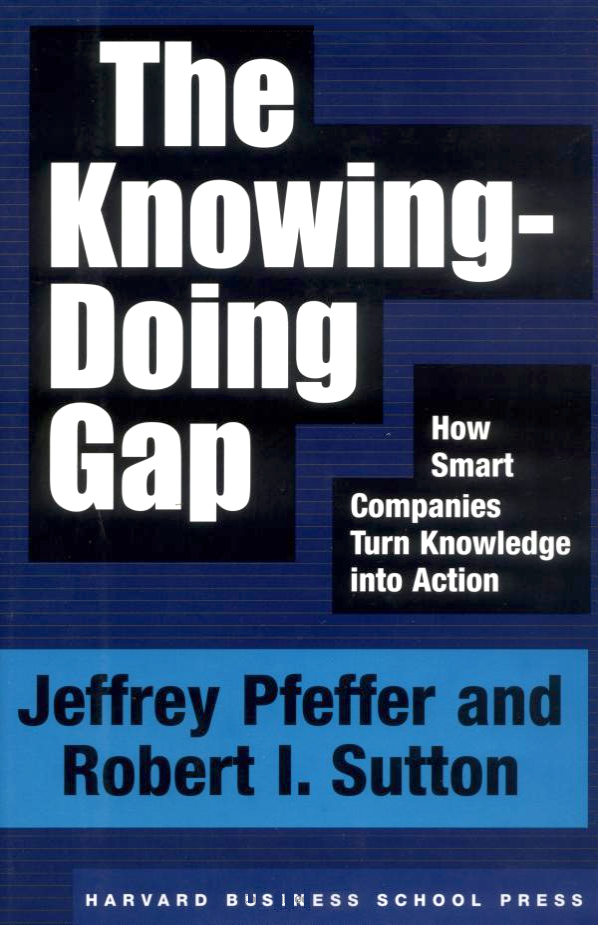 The Knowing-Doing Gap: How Smart Companies Turn Knowledge into Action 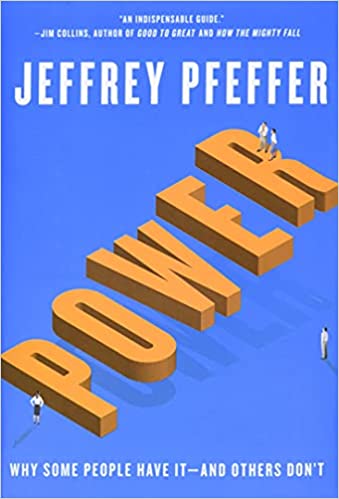 Power: Why Some People Have It - and Others Don't 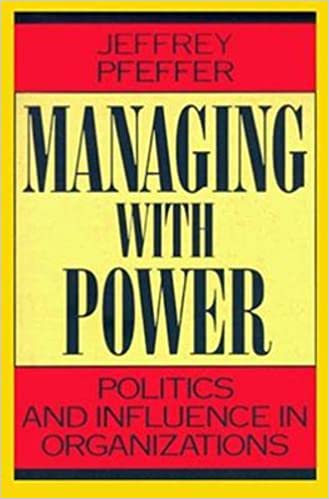 Managing With Power: Politics and Influence in Organisations 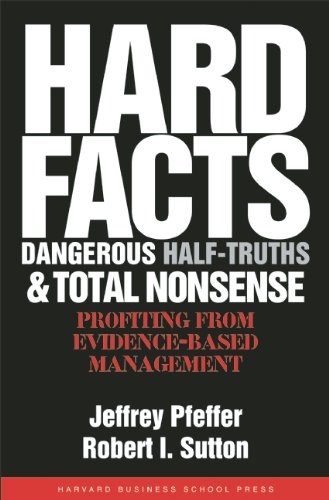 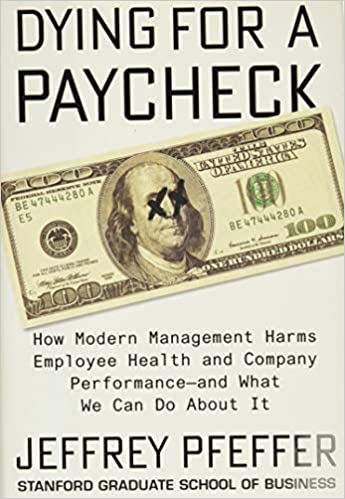 Dying for a Paycheck: How Modern Management Harms Employee Health and Company Performance - and What We Can Do About It 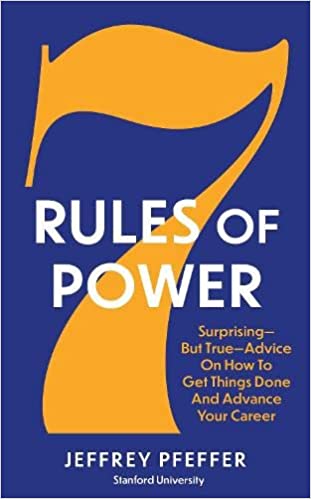 7 Rules of Power: Surprising - But True - Advice on How to Get Things Done and Advance Your Career 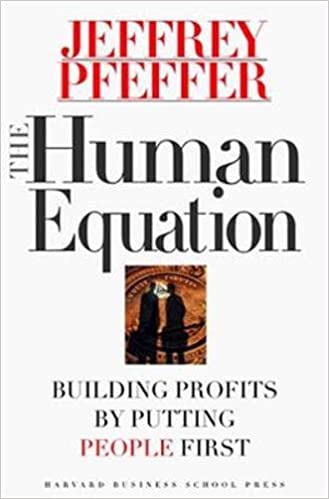 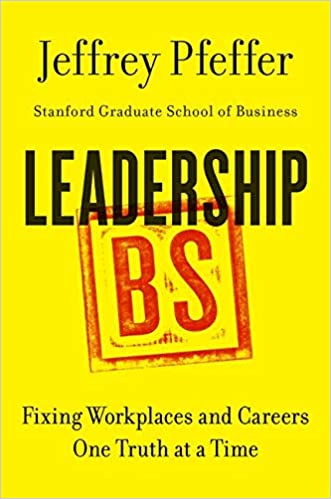 Leadership BS: Fixing Workplaces and Careers One Truth at a Time 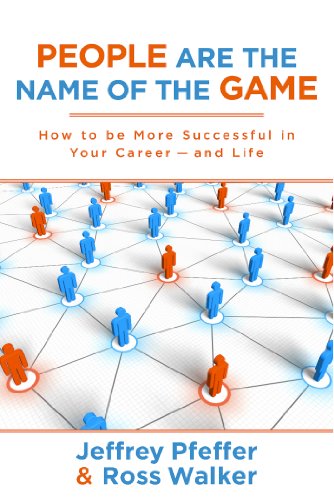 People are the Name of the Game: How to be More Successful in Your Career - and Life 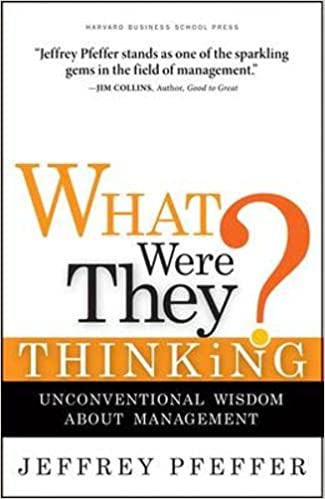 What Were They Thinking? Unconventional Wisdom About Management

How to hire Jeffrey Pfeffer

Contact the Champions Speakers agency to provisionally enquire about Jeffrey Pfeffer for your event today. Simply call a booking agent on 0207 1010 553 or email us at [email protected] for more information.

Jeffrey is often booked as a speaker for a range of corporate events, read his latest feedback below.

"Jeff Pfeffer was the opening keynoter at the HR Technology® Conference speaking about his earlier book, Hard Facts, on evidence-based management. The audience of nearly 1,000 senior HR executives loved his humour and his insights, formally evaluating him at 4.75 out of 5. I guess that’s an “A” in his world." - Bill, Co-Chair, HR Technology Conference & Expo

"Dr Jeffrey Pfeffer is simply one of the best Management thinkers and speakers in the world. And our company, HSM, works with only the very best. His ability to put the People's context with business results is unmatched. I recommend him to any company." - Jose, Co-Founder & Chief Knowledge Officer, HSM Brasil

"Jeff has a natural, conversational style which combined with his command of the subject and marketing sense result in entertaining and informative presentations." - Shanda, Former Managing Partner, El Dorado Ventures

"Jeff Pfeffer is the rarest of creatures in the world of business thought leaders: he is substantial and entertaining. There are countless professional business edutainers completely lacking in substance.  And there are thousands of business academics who do rigorous research but put audiences to sleep.  Jeff is one of a handful that combines deep and rigorous research with a delivery that inspires and holds an audience." - Roger, Dean of Rotman School of Management at the University of Toronto

"Pfeffer’s insightful stories and innovative strategies surrounding organizational behaviour are among the best that are available today.  Whether you are trying to improve performance, realize the untapped potential of your employees, or drive customer-centricity throughout your company, Jeff’s fresh and irreverent perspectives are sure to help you move the needle." - Andrew, Chief Marketing Officer, Saba Software

"I have known Pfeffer for a number of years and used him at a number of different forums at Hewitt.  He has helped us develop emerging leaders and to facilitate discussion at meeting with our top clients.  We have also asked Jeff to advise us on some fairly significant global research projects.  I have always found his writing to be thoughtful and provocative and have found discussions with him in a variety of settings to be just as stimulating.  He is invariably compelling and engaging and brings an energy and enthusiasm for ideas that is unparalleled in our field" - Bob, Hewitt's Global Practise Leader for Talent, Engagement and Leadership

"Jeff possesses two exceedingly rare traits; he is both a scholar and also a practitioner. He has the uncanny ability to apply the theoretical to the practical; to be a dispassionate observer of human behaviour in large and small organisational settings, drawing lessons from what is observed, and then able to reach a variety of audiences, enabling them to grasp, through his teaching and consulting genius, what they need to know to overcome the many inhibitors to efficiency, productivity and stability in diverse settings. What distinguishes Jeff from the many other consultants, speakers, trainers and faculty with whom I have worked over the years, is his authenticity as a teacher. His ability to connect with the people with whom he is working, to bring executives, managers and students, to a point where actually learn and seek to change their ways of knowing and ways of doing, the latter two being the sine qua non of real change in any enterprise" - Daniel, Vice President for Academic Affairs, University of Alaska System of Higher Education