An incredible batsman whose short career will be fondly remembered by fans of both Leicestershire and England, James Taylor was a prolific run-scorer. James played predominantly as a right-handed batsman with the occasional feature of a right-arm leg-break bowler. He holds the honour of being Leicestershire’s youngest one-day centurion and youngest player to score more than 1,000 runs in one season for the county, two achievements which he discusses in-depth during his after-dinner speeches.

Starting out at local side Loughborough Town, James’ talents were clear to see from an early age when he became only the second batsman to score a double century in the top flight of the Everards League. He made his breakthrough for Leicestershire in 2009, debuting in the county’s test series against West Indies during their tour of England. From there he proved his capabilities, regularly earning man of the match and scoring hundreds of runs. His good form was noticed by England, and he was offered a place in the squad for the first time in 2011 for the ODI against Ireland. In one of his first appearances for his country, he shared a 147-run partnership with Kevin Pietersen.

In 2012 James was selected for the England Test squad for the first time, making his debut in England's second Test against South Africa in August of that year. During this game, he made 34 runs and it was in this match that he made his star partnership with Kevin Pietersen. After this James returned to play for England, this time in another One Day International against Ireland. He fared well in this game, scoring 25 and seeing the team win the match by six wickets.

His impressive form continued and he moved to Nottinghamshire in 2012, where he put in a great performance at a number of events for the team. He was given the opportunity to play in the limited-overs tour against Sri Lanka, playing in the third One Day International. He also delivered an impressive performance at the 2015 Cricket World Cup, scoring an unbeaten 98 in a losing cause. Also in 2015, James played five ODIs against Australia and four ODIs against Pakistan. His final games of cricket came in 2016, getting the opportunity to play in all four of the tests in England's historic victory against South Africa. James retired at the age of just 26 in 2016, when he was diagnosed with the serious heart condition arrhythmogenic right ventricular cardiomyopathy. This was a devastating blow for James, as many people regarded him as one of the best up and coming players in the game. As a sports speaker, he is able to discuss this experience and offer strategies on how he has coped with it.

James has an inspiring, impactful story to tell. Though he entered the sport at the top of his game, James’ diagnosis shaped him as a person, teaching him the value of adapting to overcome challenges. Highly skilled at engaging with an audience, James will take your event to the next level.

Contact the Champions Speakers agency to book James Taylor for your event today. Simply call a booking agent on 0207 1010 553 or email us at agent@championsukplc.com for a free quote.

When he's at corporate events, James Taylor is known to discuss the following topics:

"James is a top guy and it was great to have him at the club. I was overwhelmed by his life and condition, knew most of it but wasn't aware of the severity of it as well as two heart attacks! Amazing guy and what a role model for someone who's career was at the top can still perform and move on!" - Gavin, Wisbech Town CC 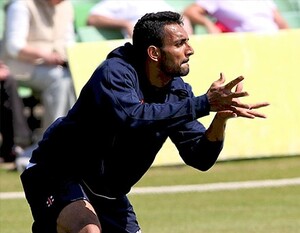 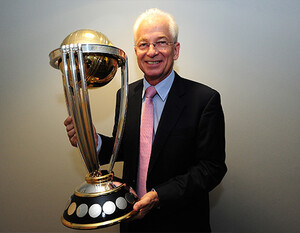 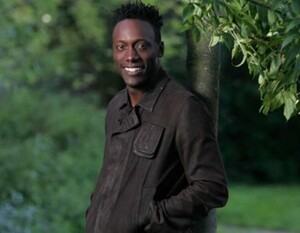