An England international from the age of 21, James Haskell has enjoyed an impressive career on the rugby pitch. The flanker has featured for some of the biggest rugby clubs in the world, as well as making 77 caps at international level. James has pushed himself to the top throughout 16 years in the game. James moved to Northampton Saints in 2016, making them the sixth team he has played for. Prior to his move, he made a splash at several clubs. He first came to the attention of the world as a teenager, making his Wasps debut at the age of 18. He was a naturally gifted player with a drive to succeed at all costs, and this mindset quickly allowed James to distinguish himself from other young players in the game.

After having represented England at all the youth levels, James' efforts won him an international call-up and soon he was a key player in the England team. He made his international debut in the final game of the 2007 Six Nations, against Wales. He narrowly missed out on selection for the 2007 World Cup side but was back in the setup once more in 2008, when he played a key part of England's Six Nations team, which came second in the tournament. James played a part in the 2009 Six Nations when England once again finished in second place.

He lost his starting place to Tom Croft in the tournament but bounced back in 2010 with a number of quality performances. He scored two tries in the opening match of the 2010 Six Nations but was powerless to prevent another disappointment in the tournament. 2011 proved more fruitful as England won the 2011 Six Nations under Martin Johnson's stewardship, with Haskell chipping in with a number of impressive performances. He was a member of the 2011 World Cup side which reached the Quarter Finals and again in the 2015 Rugby World Cup team.

Alongside his international appearances, he has twice played for the British and Irish Lions, becoming the man of the series in the 3-0 series win over Australia. The stories of James' remarkable career in rugby continues to impress sporting and corporate audiences around the world. He is able to expertly speak on peak performance, teamwork, leadership, drive, sporting success and more. Following on from winning Man of the Series in an England victory against Australia, Haskell was asked to replace an injured Billy Vunipola at the 2017 British and Irish Lions. In 2019, he signed to the heavyweight division of mixed martial arts promotion Bellator MMA before it was announced the James would be jetting off to Australia to become a contestant and campmate of ITV's I'm A Celebrity... Get Me Out of Here! James is married to television presenter, Chloe Madeley, whom he married in 2018. 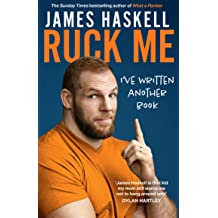 Ruck Me: I've Written Another Book 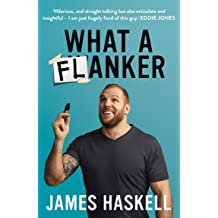 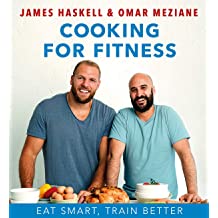 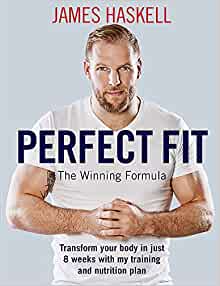 Perfect Fit: The Winning Formula: Transform Your Body In Just 8 Weeks With My Training And Nutrition Plan

How to hire James Haskell

Contact the Champions Speakers agency to provisionally enquire about James Haskell for your event today. Simply call a booking agent on 0207 1010 553 or email us at [email protected] for more information.