Former Co-Presenter of GMTV and Co-Host of This Morning, Presenter of the Morning Show on GB News & Longest Serving Breakfast Television Anchor in the World
Enquire Now
Image
Enquire Now

Eammon Holmes has led a successful career as a broadcaster and journalist, famed as the world’s longest-standing breakfast television anchor. Having co-presented GMTV for 12 years and co-hosted This Morning for 15 years, Eamonn has been at the forefront of topical news stories for multiple decades. Appointed OBE for his Services to Broadcasting in 2018, Eamonn continues his work as a presenter today, along with work as an event and awards host, charming all with his personable character seen on TV broadcasts.

Before reaching the heights of fame as a TV presenter, Eamonn worked for a business magazine in Dublin, before joining Ulster Television as the Host of Farming Ulster. He later moved into news reporting, as the Presenter of Good Evening Ulster. In 1986, Eamonn joined the BBC, working as the Presenter of Open Air, before moving on to present coverage of tennis, darts, horse racing and snooker. In 1993, Eamonn began his 12-year stint as Co-Host of GMTV. In his early career, Eamonn was also the Presenter of Jet Set and SUDO-Q. After 12 years with GMTV, Eamonn departed to become the Presenter of Sunrise for Sky News.

Back in 2006, Eamonn became the Co-Host of This Morning, a 15-year stint that recently ended in 2021. During his time on This Morning, Eamonn presented stories on various subjects, joined by his wife Ruth Holmes. Other presenting credits of Eamonn’s include hosting The Rich List, co-presenting The Feelgood Factor, presenting episodes of Songs of Praise, co-hosting Gift Wrapped, presenting Eamonn & Ruth: How The Other Half Lives, co-presenting Do The Right Thing and presenting It’s Not Me, It’s You. He has also presented The Eamonn Holmes Show on Radio 5 Live and Let’s Talk With Eamonn Holmes on talkRADIO. He has also appeared on Lily Savage’s Blankety Blank, Who Want’s To Be A Millionaire, Fifteen to One, All Star Mr & Mrs, The Chase, Catchphrase and Tipping Point: Lucky Stars.

Outside of presenting, Eamonn is also a passionate charity supporter – having acted as a Patron of Dogs Trust, a supporter of the Dementia Friends campaign, a Celebrity Ambassador of Variety GB, a Patron of the Northern Ireland Kidney Patients Association and a Patron of The Amy May Trust. With a successful career in TV presenting and broadcasting to his name, Eamonn is now booked as an awards host, event presenter or for personal appearances at corporate events. Widely regarded as one of the UK’s best-loved TV presenters, Eamonn is no stranger to large crowds and commands them with ease. A household name, Eamonn is an accomplished presenter and has claimed the TRIC Awards Satellite/Digital TV Personality Award four times. When looking for a media professional to host your event or awards, book Eamonn Holmes today! 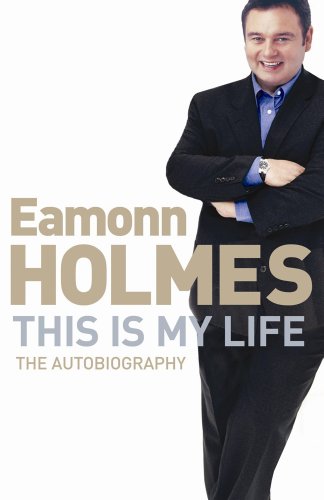 This Is My Life: The Autobiography

How to hire Eamonn Holmes

Contact the Champions Speakers agency to provisionally enquire about Eamonn Holmes for your event today. Simply call a booking agent on 0207 1010 553 or email us at [email protected] for more information.

"Eamonn was brilliant. Friendly, happy to do anything, professional & game for a laugh- all round a brilliant host for our event" - Fidelity International