Leading former rugby union player, Andy Gomarsall is known predominantly for being part of the England international team during three Rugby World Cups. With a career that spans over 12 years, Gomarsall accumulated a massive 35 Caps during his time with England, and was part of the World Cup winning squad in 2003.

Gomarsall sprang to prominence in 1992 when he led the England Schools U18 team to their first Grand Slam in 11 years. Joining the London Wasps the following season, Gormasall made his full England debut in 1996 against Italy.

Gosmarsall had the opportunity to work and play with a number of clubs throughout his career. Firstly, a member of the London Wasps‘ 1999 Powergen Cup winning side, he then transferred to Bedford, where he was captain, before being persuaded to join Gloucester Rugby. Spending a number of years at Gloucester Rugby, he quickly became a firm favourite, and took part in his second Powergen Cup triumph in 2003. Moreover, Gosmarsall also spent time with the Worcester Warriors in June 2005, and Harlequins in 2006, before he retired in 2008.

During his international career and a spell of impressive World Cup performances, Andy was selected as England vice-captain for the non-cap game against the New Zealand Barbarians in December 2003.

After suffering from an injury and returning to the international side Gomarsall started the first two Six Nations games for England. However, after a brief spell at Leeds Andy has now retired and is available for broadcasting and speaking opportunities.

Since his retirement, Gomarsall has spent time as a commentator for various TV broadcasting stations, and has since joined the business world as the director of Network 2 Supplies Ltd.

An incredibly successful rugby player, Gomarsall has offered advice and guidance to many from a variety of different industries, whether it be business or sports. Awarded MBE for services to rugby in 2004, Gomarsall is a truly inspirational sports man turned businessman.

Contact the Champions Speakers agency to book Andy Gomarsall for your event today. Simply call a booking agent on 0207 1010 553 or email us at agent@championsukplc.com for a free quote.

When at corporate events, Andy is known to cover the following topics: 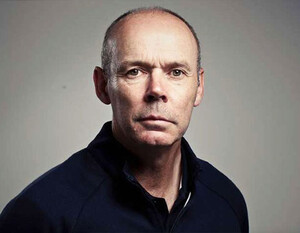