New Zealand born cricket player and speaker, Andy Caddick grew up in Christchurch with his English parents and embarked on his sporting career whilst still at school. Joining the New Zealand Young Cricketers in the late 1980’s Caddick made three appearances for the youth team before moving to England to seek more professional opportunities.

Arriving in England in late ’88 Andy Caddick initially played as a bowler for Middlesex Second XI in 1989 taking 17 wickets in four matches for them at 26.71. Caddick did not remain with Middlesex however and in 1991 became part of Somerset’s first team, where he stayed for almost twenty years. During his tenure at Somerset Andy Carrick worked prolifically as a cricket speaker for the club, appearing at events across the UK as a guest or after dinner speaker.

A celebrated player for Somerset, Andy Carrick bowled more than 13,000 balls during his career, some of his most successful moments with Somerset include the 1992 County Championship, where he made his county debut, and the 2007 season where he played a vital role in Somerset’s rise from the County Championship to Division Two. During this period Caddick was not only Somerset’s most popular cricket speaker but also found himself as one of the most sought after sports speaker in the UK.

Alongside his domestic career Andy Carrick also boasts a successful international career, making his first appearance in the England A team in late ’92 and made his Test match debut in the 1993 Ashes.

He toured Zimbabwe and New Zealand with the England team during the 1996/97 season and in 1999 was made Man of the Match during a Test match against South Africa. Andy Caddick made more than 550 Test appearances for England during his ten years playing for the team, taking part in his final Test and ODI in early 2003. Whilst a member of the England squad Caddick was frequently called upon to work as a sports speaker for the team, appearing at events around the globe promoting British sports and English cricketing achievements.

Caddick announced that he would be retiring from first-class cricket at the end of the 2009 season and has since continued with his work as an after-dinner speaker at cricketing and corporate events.

Contact the Champions Speakers agency to book Andy Caddick for your event today. Simply call a booking agent on 0207 1010 553 or email us at agent@championsukplc.com for a free quote. 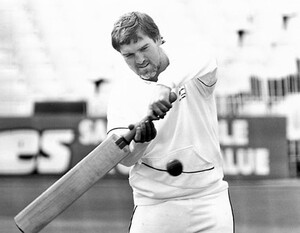 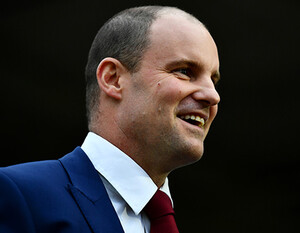 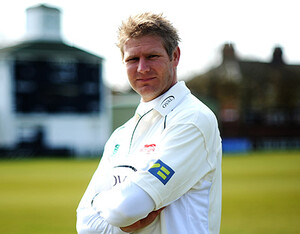