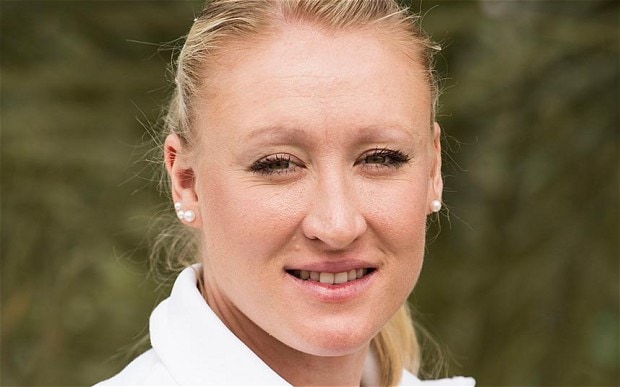 Tributes poured in from around the sporting world on Sunday 4th May as it was announced that Elena Baltacha, the former British women’s tennis number 1, had died of liver cancer at the young age of 30. Having been diagnosed in January and only making her illness public in March, the Ukrainian born star vowed to fight it “with everything I have”.

Sadly she lost her battle against the disease and passed away peacefully at her Ipswich home. Her husband and former coach, Nino Severino, described how he was “heartbroken beyond words.” On Monday more than 50 players, including UK number 1, Andy Murray, stood for a minute’s silence on the centre court at the Madrid Masters.

Known to many as ‘Battling Bally’, Elena’s play was characterised by her grit and determination. At the age of 19 she was diagnosed with primary sclerosing cholangitis, a chronic liver condition which compromises the immune system, but never let that stand in the way of her tennis ambitions. Managing the condition throughout her career with medication and remaining stoical about her problems, Baltacha was able to break into the world Top 50 some eight years later.

Over the course of her career, Baltacha won 11 International Tennis Federation singles titles and 4 doubles titles. She made the third round of Wimbledon in 2002 and reached that stage of the Australian Open in both 2005 and 2010 and in 2011 she won her highest ranked tour event, the Aegon Nottingham Challenge.

A number of tennis stars, including Martina Navratilova, Andy Murray, Tim Henman, Greg Rusedski, Heather Watson and Ross Hutchins, himself in remission from Hodgkin’s lymphoma, have agreed to participate in a fundraising event, Rally Against Cancer – Rally for Bally, to be held in Elena’s memory on 15th June 2014. Mixed doubles exhibition matches at the Aegon Championship at Queen’s Club, the Aegon Classic in Birmingham and the Aegon International in Eastbourne will raise funds for the Royal Marsden cancer charity and the Elena Baltacha Foundation.