Martin Johnson’s name has gone down in rugby folklore as the man who captained England to World Cup glory in 2003. He is generally regarded as one of the greatest locks to have ever played the sport.

As well as his heroics for England, Johnson enjoyed a 17-year stint with Leicester Tigers, playing alongside some of the other England legends including Neil Back MBE and Martin Corry MBE. Without a doubt, it is no coincidence that his time at the club coincided with one of the Tigers’ greatest eras, and he was instrumental in the side winning five Premiership titles and back-to-back Heineken Cups. 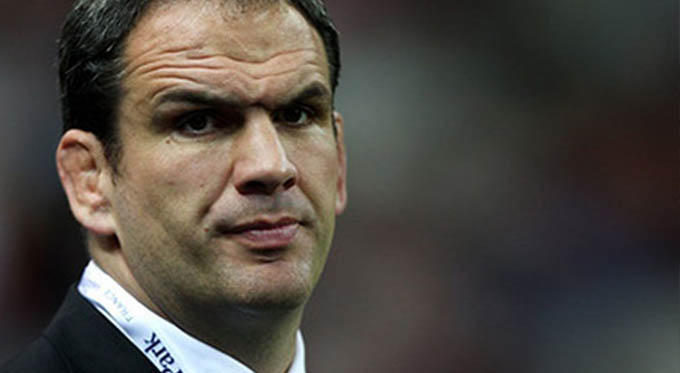 His achievements for the national side are almost without parallel and he was on the winning Six Nations team on five separate occasions, including two Grand Slams in 1995 and 2003. He also captained the British Lions tour of South Africa in 1997 where they triumphed 2-1.

2003 was a glorious year for Martin Johnson and English rugby. After winning the Grand Slam, they enjoyed a successful warm-up tour of New Zealand and Australia. Making their way through to the final against Australia, Johnny Wilkinson’s famous drop goal will forever be remembered, but Johnson’s contribution was monumental with former Australian captain, John Eales commending his display as 'among the best ever by a lock forward'.

Johnson was awarded the CBE in the 2004 New Year Honours and was second in the BBC Sports Personality of the Year awards behind Jonny Wilkinson.

Always in demand as a sports speaker, Martin is a regular on the after dinner circuit for large corporate clients. Martin’s candid anecdotes whilst on stage also make him an ideal event and awards host.

To book Martin Johnson as the rugby speaker for your corporate event, function or conference, simply contact the Champions Speakers agency by filling our online contact form or by calling a booking agent directly on 0207 1010 553.