Graduating is a standout moment in many people’s lives, as a representation of determination, intellect and self-belief. From 2017-2018, 2.34 million students studied a university degree in the UK, with that number set to rise in 2019. With thousands of graduation ceremonies taking place all over the country, finding the perfect commencement speaker is important to guarantee a lasting impression on the students and create the most influential graduation day celebration possible.

Award-winning author and CEO of Goodthink, Shawn Achor, is an expert in happiness. After spending 12 years at Harvard, Shawn researched the connection between happiness and success, earning himself a spot on the cover of Harvard Business Review. With his extensive expertise, Shawn formulated the largest and most successful psychological training program; his Happiness Advantage training.

Shawn is the antithesis to the age-old opinion that professional success and personal happiness are exclusive, filling the students with hope for their future. With his charismatic style and lighthearted comedic presenting style, he consistently engages with audiences globally. 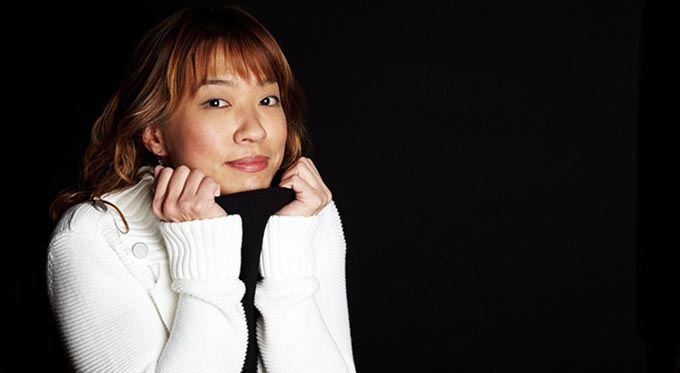 After living in Silicon Valley for eight years, Charlotte Han developed a passion for all things technological, networking specifically with “rebellious thinkers” who weren’t afraid to shake up the status quo. Charlotte is most notable for turning data into actionable insights, delivering revenue and profitability opportunities in line with stakeholders’ top business objectives.

As an icon for what determination can achieve, Charlotte rewrites the rule book on technology and proves that the male orientated industry is not gender exclusive. With countless certifications, she is a perfect addition to a ceremony intent on motivating the student to contribute to our technological future.

3. Chris Gardner - Inspiration for The Pursuit of Happiness

From living on the streets to setting up a hugely successful business, Chris Gardner is the definition of inspirational. After finding himself homeless, desperately trying to care for his son whilst on the streets, Chris was given the opportunity to enrol on a low paid trainee scheme at a stock brokerage. From there, Chris’ natural eye for the stock market resulted in him setting up the highly profitable firm, Gardner Rich.

For students, Chris’ story of self-preservation is sure to motivate them to take advantage of the opportunities offered to them and persevere despite hardship.

Despite starting her professional journey as an RAF Pilot failing the computer-based test, Mandy Hickson proved that determination can produce successful results after she persuaded the RAF to take her on as a test case. Rather than giving up, Mandy’s self-belief drove her to turn her dreams into a reality, resulting in Mandy flying a multi-million-pound fighter jet in hostile territory.

With her experience under pressure and personal story of hardship and triumph, Mandy is a highly motivational addition to any graduation ceremony. She is living proof that with ambition, training and commitment, anything is possible.

Robert Swan’s first mission to Antarctica was in 1968, when, inspired by Robert Falcon Scott’s Terra Nova Expedition, he completed the longest unassisted on-foot journey ever made. By 2025, Robert is determined to clean up 326 million tonnes of CO2 with the Climate Force Challenge and prove to the world that even in the harshest conditions, renewable energy and sustainable living is possible.

A testament to his passion for the Arctic, Robert is a prime example that dedication can produce visible results. With his countless personal stories, Robert is an inspirational figure who found his meaning and made a difference.

Refusing to be outshone by her brother, Randi Zuckerberg has worked with some of the most high profile and profitable businesses in the world. Founder and CEO of Zuckerberg Media, Randi is a social media expert and passionate digital content creator. On top of creating a media empire, Randi is a successful author of bestselling children’s Dot series, which reflects Randi’s personal journey of the Facebook revolution.

Randi is an iconic figure in business, inspiring women everywhere to contribute to the industry. As a speaker, she is engaging and charismatic, capable of captivating audiences everywhere with her story of success.

Ade Adepitan MBE is an inspirational figure, first in the world of sports and later as a TV presenter. After winning a battle against Polio as a child, losing both of his legs in the process, Ade’s story is one of true survival. Ade is a five-time Paralympic gold medalist, proving that despite physical boundaries those who overcome hardship are still capable of success.

With his determined attitude and “never give up” nature, Ade is an ideal commencement speaker, touching upon topics like sport, disability and culture with humour and humility.

On the surface, Anne Hegerty is a game show quizzer and I'm a Celebrity Star Get Me Out Of Here, however, her influence runs much deeper than that. Anne revealed that she struggles with Autism and Aspergers, a confession that made her an inspiration for many sufferers. Though some may expect her disorders to hold her back, Anne is proof that everyone is capable of success.

As well as being a household name, Anne’s story has the power to inspire students to view their perceived “weaknesses” differently. From students suffering from mental disorders to those who do not, people who hear Anne speak come away from it with a new found self-motivation.

Since 2017, the Brownlee brothers became a household name after their display of brotherly support in Mexico. Award-winning triathlon runners Alistair Brownlee MBE and Jonathan Brownlee are symbols of physical and mental strength, showing the drive and determination needed to succeed in their previous races.

As speakers, the brothers are charismatic, engaging and eager to share their story of triumphing through teamwork. With an extensive Olympic career, they have the experience and wisdom to inspire the student's self-belief, whilst encouraging a more collective, teamwork centric approach to success. The Brownlee brothers are a symbol of what we can achieve when we value perseverance.

If you are looking for an act with a difference, Suzi Ruffell is a captivating comedian and honest voice on politics, millennials and the LGBT+ community. She is a celebration of diversity, using her comedic ability to counter argue political hate and promote acceptance. Nominated for the Chortle Best Breakthrough Act award, Suzi is a highly talented comedian.

Suzi is the perfect act for a ceremony with a difference, her comedic wit intertwined with political honesty makes her a symbol of rising above adversity. Students who hear her perform will look back on their graduation as a ceremony of diversity.

If you would like to book one of our speakers, enquire today by filling in our online contact form or by calling a booking agent directly on 0207 1010 553.