Tony won two national prizes from writing competitions in the under 11 category and with some pals ran a successful underground school magazine at High School. By the age of 18, Tony was making his own small professional films that received a wide public distribution. Klinger worked on the iconic TV series “The Avengers” and in the following years wrote and/ or produced films all over the world such as “The Kids are Alright”, “Deep Purple Rises Over Japan”, “The Butterfly Ball” and many more.

Over a distinguished, award-winning career Tony served as company President or Chief Executive for media companies in the UK and USA, Tony later worked in partnership with his father, the legendary film producer, Michael Klinger, who made such films as Get Carter Repulsion Cul-de-Sac and worked together with him on Gold Shout at the Devil and Rachel’s Man and several others Tony made with others such as Full Circle.

He knows what it’s like to work with stars having done so with people like Jack Nicholson, Peter Ustinov, Lee Marvin, Sir John Gielgud, Roger Moore, Deep Purple, Barbara Parkins, The Who, Peter Finch, Susannah York, Michael Caine and many others. Tony has led more than a hundred productions ranging from documentaries to cinema feature films and TV movies of the week in various leading roles in more than thirty countries.

Tony went on to become a hugely successful university academic, serving as a lecturer and Programme Leader at the Bournemouth Film School and Course Director, then Visiting Fellow at the Northern Film School and Director of the Media Production Centre and headed up two other Directorates at the University of East London. Tony has served on many international boards, such as the Association of Media Practice Educators (AMPE) as National Secretary.

2015 saw Tony’s debut as a playwright with A Tired Heart & The Big C. 2017 is a big year for the energetic Klinger with the publication of his third book, UNDER GOD’S TABLE. Tony’s novel, The Butterfly Boy was successfully published as was his best-selling book, Twilight of the Gods about his making the film, The Kids are Alright with The Who rock group which has a second edition about to be published under the title The Who & I.

He has written the feature film screenplay for the best selling book JUST A BOY, the traumatic, ultimately triumphant life story of Richard McCann that Tony is also scheduled to produce. He is currently writing the “book” for live stage show featuring the life and music of David Courtney,  The Show Must Go On which is due for its first production on the London stage in 2018.

Tony’s next two feature films are the story of Havana, a girl whose growth into a woman is warped by circumstances beyond her control; this is her opportunity to change the world around her. He is the founder of Give-Get-Go - a force for creativity underpinning an enhanced work experience and performance.

Tony, who was born in London, has won many international awards for all aspects of his work among which are The Queen’s Anniversary Prize for Education, The London Film Festival, The San Sebastian Film Festival and many Fuji and Kodak prizes. Tony has just been announced as the Winner of the 2018 Lifetime Achievement Award from the Romford Film Festival.

Contact the Champions Speakers agency to book Tony Klinger for your event today. Simply call a booking agent on 0207 1010 553 or email us at agent@championsukplc.com for a free quote.

When he's at corporate events, Tony speaks on the following topics:

See what people had to say about Tony, when he appeared at their corporate events:

“Many thanks for a great evening on Friday. All the evaluation forms came back with very positive comments about you and the evening (except one who wanted wine and cheese) and that you were “an excellent speaker” “very entertaining” and all were appreciative of your “interesting inside knowledge”. All the staff were pleased to meet you and were also entertained by your stories and recollections. Thanks again, Best wishes, Paula Rowntree, Library Supervisor”

“I have received many great comments from passengers regarding the various talks and presentations. It has been a pleasure having you aboard and I look forward to the next time. Kind regards, Jeff Eaton, Cruise Director”

“Personally I got a lot out of it. Your comment on anger being the difference between rock and pop was one of those light bulb moments. I’ve never cared much for pop and loved the Who because their music was so angry: they seemed to give a voice to the frustration I felt when all my student radicalism wasn’t changing the world! Thanks to you, we attracted people who had never been to a festival event before. I was particularly glad to see younger people, including a teenage boy! Kind regards, Nicole De Weirdt, Audience Development Officer.” - Essex Libraries

I have known Tony Klinger for many years and have had the pleasure of listening to him speak in public on several occasions. I have always found his talks to be erudite, informative and witty. He has a rare gift of making complex matters accessible and intelligible without losing their significance. He is also able to adjust his talks to the nature of the audience and has a clear sense of how best to communicate his subject.

Thank you so much for your session - good to have that perspective and to listen to someone not just wringing their hands about the parlous state of the British film industry but trying to change it. I wish you every success with those initiatives.

"Screen Northants works with young people, especially those considered disadvantaged, to give them experience of a film set, and build up their life and work skills. Tony has spoken to a number of groups about how he started out in the Film Business and his colourful work history. He really has some stories to tell! Whilst those stories of Hollywood could feel far removed from our young people, Tony's stories are all very personal and relatable, and told with a warm humour. The young people found his experiences inspiring and entertaining."

"I would like to say a very big 'Thank you' for being our guest speaker at our Chanukah Lunch on Sunday. Everyone found what you had to ay most interesting and enlightening, we all learned a lot."

“It was a very good evening and Tony did a great job with his fascinating talk about his own career and his helpful and insightful comments on the winning stories.”

"Just a line to say how much I enjoyed hearing a bit about your working life. What a time you've had! There was plenty of food for thought - I made particular note of the need to keep saying yes to opportunities, the importance of humanity in stories and the need to have a business head, as well as an artistic one - excellent advice, as I'm finding as I try to promote my own latest book!"

"It was great to meet you and to be inspired by your success and your stories. We had so many calls from people not just in Northamptonshire but all over the country who found you to be really interesting, so thank you. As I said, I'm an avid music collector and have the kind of anorakky knowledge you only get from having made something your life's passion from as long ago as you can remember. As someone who has broadcast and written about it for over 30 years and only just started on live performance, it was thrilling for me to meet someone with such diverse achievements."

"A good evening, enjoyed by all who came. Tony's talk was truly inspiring, as well as being entertaining." 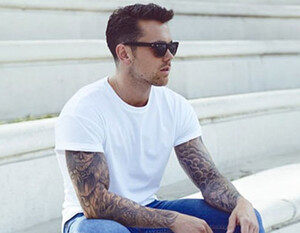