Toni Nadal is the uncle and trainer of tennis legend Rafael Nadal. They began when Rafael was just 4 years old, together they have won 16 major titles. As a duo, at their peak, they were the most successful coach and player in the history of men’s tennis. When booked as a speaker Toni transfers his core philosophies to the stage, his beliefs centre on things that can be controlled; humility, hard work, discipline and focus. His TED talk has been viewed nearly 2 million times alone. He is a top-level competitor with the drive and experience required to achieve success in almost any field.

When Toni was just a young man he became the table tennis junior title of the Balearic Islands and although he had a good record he felt that he did not have the talent to make a professional career in the field of tennis so he pivoted to coaching. He began training his nephew for fun and after a few years, it became apparent that Rafael had talent. Toni’s training methods were described as ‘hard’, but he focused on teaching all his pupils characteristics that would make them not just excellent sportspeople but also people in society. Toni is famed for training Rafael on poor quality grounds and using poor quality balls to ensure that he knew that success was not a product of things one cannot control but things one can control. As a coach, he focuses on mental resilience, attitude, discipline, emotional strength, respect for the sport and themselves.

Toni believes that the principles for success in sport can be transferred to business. His best selling book ‘Todo se puede entrenar’ which translates as ‘everything is coachable’ is filled with transferrable skills everyone can apply to their lives. In more recent years Toni has taken on a coaching role for Felix Auger Aliassime in 2021, after taking a few years away from the sport. Outside of coaching, Toni is the tennis school of the Manacor Tennis Club a world-class Tennis facility - a duty he manages alongside his coaching role. Toni continues to deliver talks across the world for corporations across the globe at TEDx events and for brands like Rolex and Oracle. 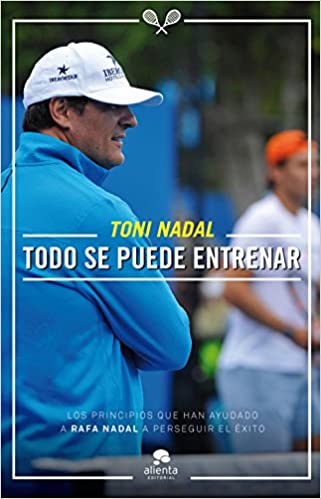 How to hire Toni Nadal

Contact the Champions Speakers agency to provisionally enquire about Toni Nadal for your event today. Simply call a booking agent on 0207 1010 553 or email us at [email protected] for more information.

Toni Nadals' speaking topics are below;

"from Toni's point of view, the way to achieve things and meet objectives. That many times it is not easy to achieve, it is what it is, from there what we do, we throw in the towel or continue fighting. This philosophy has made a number 1, in a sport where you are alone and if you fail nobody is going to solve things for you, and it is like that all the time." - Gabriel

Tony Nadals Key Achievements are below;