As a British racing driver and television presenter,, Tiff Needell is equally as exciting to watch in both roles, and more recently as a keynote and after dinner speaker. A fabulous motorsport speaker and event host for functions, Needell is an enthusiastic and hugely passionate character who is sure to entertain and engage guests throughout proceedings.

After beginning his racing career at the famous Brands Hatch circuit in the 1970s, Tiff progressed to Formula 3, where he spent the majority of the 1970s battling at the forefront of the series. Proving himself as a fierce competitor, he moved into the Aurora British Formula One Championship in 1979 but was unable to make his mark on the World Championship due to lack of a correct license. Returning for his debut on the Grande Prix, only a year later, Tiff signed with Team Ensign, with whom he raced for at Belgium and Monaco Grand Prix, providing his elite abilities within the sport. Describing some of his most heated battles with legends of the sport, Tiff will give audience members insight as a motorsport speaker into the intensity and danger of racing in that era.

After his appearances in Formula One, Tiff went on to challenge for the Le Mans title with various teams, recording a 3rd best finish in 1990. The remainder of Needell’s racing career consisted of racing tin-tops in the <cite and TOCA.

Achieving great success in his motorsports career, Tiff made the transition into television presenting in the late 1980s. For an impressive fifteen years, Tiff co-hosted the BBC’s TopGear series, instantly proving a hit with the audience thanks to his vast knowledge and supreme driving skill. Moving to Channel Five’s Fifth Gear in 2001, Tiff was a stalwart figure on the show up to late 2019, providing leading reviews of supercars from across the globe. Most recently, he has begun presenting the Youtube series Love Cars where he engages viewers with unique motor content.

Since accumulating unrivaled experience of hosting live car events, such as Top Gear Live alongsid Jeremy Clarkson and Richard Hammond, Tiff Needell has gone on to become a popular host, hired for awards and live sports. With numerous occasions under his belt, Tiff has proved himself as a consummate professional when it comes to exhilarating after dinner speeches and lively hosting.

Contact the Champions Speakers agency to book Tiff Needell for your event today. Simply call a booking agent on 0207 1010 553 or email us at agent@championsukplc.com for a free quote.

When at corporate events, Tiff is known to cover the following topics:

“I want to say that we are really happy with Tiff’s participation, he has done a great job and we all loved his energy and professionalism! We all had an amazing weekend!” - David, Senproductions GbR 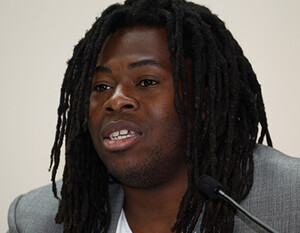 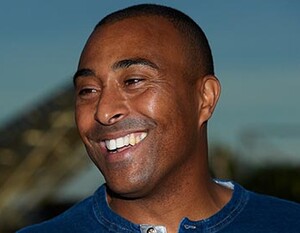 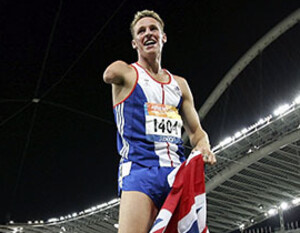