Former World Boxing Organisation (WBO) middleweight and super-middleweight champion, Steve Collins is a legendary Irish boxer. Not fulfilling his potential until he reached his thirties, Collins has competed against some of the best boxers ever to fight. A wonderful boxing speaker, Steve mixes anecdotal tales of his times in the ring with invaluable advice learned from a career in a brutally competitive environment.

Prior to his rise to fame as a sensational sportsman, Collins achieved twenty six Irish amateur titles before his professional debut in 1986 in Massachusettes. The fight saw Colins win by knockout in the third round against Julio Mercado, in an impressive first appearance. From the iconic win, his career went from strength to strength as Collins achieved peak performance, a topic he often discusses in his insightful keynote speeches.

Spending six years in Boston, Collins gained the Irish Middleweight Title and fought many close bouts before moving back to Belfast under the management of Barney Eastwood. Trained by Freddie King, Collins won the WBO middleweight title in 1994 after defeating Chris Pyatt. Relinquishing his title the following year in order to move up to super middleweight, Collins defeated the revered long reigning champion, Chris Eubank, to win the WBO Title. Consistent performance is an attribute relatable to both business and social environments alike, which has helped to establish Collins as a pre-eminent sports speaker on the after dinner speaker circuit.

Going on to defend his title on multiple occasions, including two fights against Nigel Benn, Collins retired in 1997 with an impressive record of 21 wins by knockout. Since retirement, he has remained present in the public eye and appeared in a film in 1998 titled ‘Lock, Stock and Two Smoking Barrels’ as well as making a cameo in the U2 1999 music video for Sweetest Thing. Most recently, Collins joined the Army Reserves and qualified for his current position of army boxing coach.

Now Steve Collins is engaging audiences nationwide with his lesson of never giving up, shared through anecdotes from his time as a top sportsman. As an after dinner speaker, Steve touches on a multitude of topics, ranging from maximising success to drive & determination, which he discusses with an audience through engaging and inspiring talks.

Contact the Champions Speakers agency to book Steve Collins for your event today. Simply call a booking agent on 0207 1010 553 or email us at agent@championsukplc.com for a free quote.

"Everything went great with Steve. Everyone loved that he brought his belt along and his stories had everyone engaged. He was open to chatting with everyone throughout the event as well and taking lots of pictures."
Win Technologies

“I am writing on behalf of HMS HERON PT Department to thank you for your professional help and assistance on this occasion. The evening was a great success and one that we hope to repeat again soon. Thanks again for your time and your first class service provided and the Royal Navy hope to utilise your expertise again in the future.”
Melanie - HMS Heron

Just a quick one to say thanks for the help towards Saturday night, as expected Steve was top class, everybody loved him and I can’t thank him enough for all that he did.
Shawn – Lincoln Fight Factory 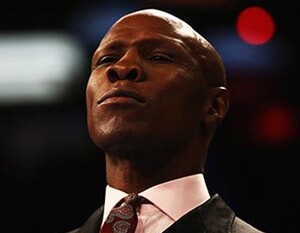 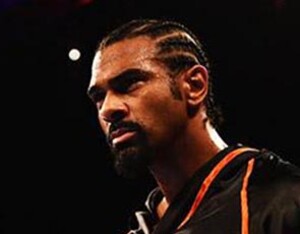