Stephen Dalziel has enjoyed a long career as a journalist, famed for his focus on Russian news and for his former role as the Russian Affairs Analyst for the BBC World Service. First visiting the USSR in the 1970s, Stephen has since shared the most prominent stories from the country as a journalist. Now booked as a speaker for a range of corporate events, Stephen is booked to share his expertise on Russia and the current political state of the company from his 15 plus years of journalistic experience.

Studying Russian at the Heriot-Watt University and Russian Studies at the University of Leeds, Stephen claimed the coveted British Council Scholarship to study at the Kyiv State University in the USSR. With his education sprouting a keen interest in Russian affairs, Stephen went on to become a Member of the Soviet Studies Research Centre at the Royal Military Academy Sandhurst. During his time at the Soviet Studies Research Centre, Stephen used unclassified Soviet sources to create an accurate picture of situations in the Soviet Armed Forces. Making regular trips to the USSR, Stephen quickly built an accurate picture of the international relations of Russia and their political stance.

Stephen is also famed for being the former Russian Affairs Analyst for the BBC World Service. During his time as the Russian Affairs Analyst, Stephen spent 16 years of his career studying Russian stories and corresponding them to media outlets. A prolific journalist, Stephen has also formerly covered the fall of Communism in Eastern Europe and the collapse of the Soviet Union, along with interviewing both Russian and Soviet dignitaries from Boris Yeltsin to Mikhail Gorbachev. Stephen also spent five years as the Executive Director of The Russian Chamber of Commerce, and authored the book The Rise and Fall of the Soviet Empire.

With a rich knowledge of Soviet and Russian relations and politics, Stephen is now booked as a keynote speaker for a range of corporate events. Sharing his expertise on the chaos of post-Soviet years and the collapse of the Soviet Union, Stephen is regarded as one of the foremost experts on Russia in the UK. Contributing his knowledge to a range of radio interviews and media articles, Stephen is also booked to share his expertise on the fall of communist regimes in eastern Europe. When looking for an expert on geopolitical relations and international affairs, book Stephen Dalziel today. 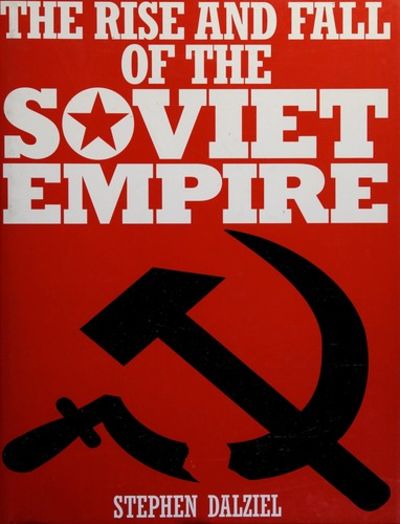 The Rise and Fall of the Soviet Empire

How to hire Stephen Dalziel

Contact the Champions Speakers agency to provisionally enquire about Stephen Dalziel for your event today. Simply call a booking agent on 0207 1010 553 or email us at [email protected] for more information.