Stephanie Beacham is a leading actress who has been a regular on TV screens since 1967. She is well known for her stints on shows including Coronation Street, Dynasty and Tenko. Stephanie has also suffered from hearing loss since birth and has battled skin cancer on two occasions, not letting them stand in the way of a fantastic career. Available to hire as an event host, Stephanie is a well-known face who will entertain everyone in attendance. As a speaker, her anecdotes are both hilarious and informative as she talks about her career and how she has not let being deaf or battling cancer stand in her way.

She studied mime with Etienne Decroux in Paris before attending the Royal Academy of Dramatic Art. Her first role on TV screens came in 1967 as she played Mary Queen of Scots in the BBC Series the Queen’s Traitor. She then had appearances in numerous horror films as well as guest appearances on shows such as The Saint and UFO. After roles on the stage, she starred in Tenko and Connie in the early ’80s. She then starred as Sable Colby in The Colbys and Dynasty. After those shows ended, she appeared on Sister Kate and was nominated for a Golden Globe for her role. Stephanie was then a recurring character on Beverly Hills, 90210 and starred as Dr Kristin Westphalen on seaQuest DSV.

In the 2000’s Stephanie took a role on Bad Girls before returning to the stage in Snow White and the Seven Dwarves, Jack and the Beanstalk and Hay Fever. She then appeared on BBC’s Strictly Come Dancing and a year later Stephanie was cast on Coronation Street. She was a guest panellist on Loose Women in 2013 and was also a finalist on the last series of Celebrity Big Brother. Stephanie achieved all this with just 40% of her hearing and beating Skin Cancer on two occasions and told her story when she published Many Lives. Stephanie was also heavily involved in the launch of the Sense-National Deafblind and Rubella Association’s Fill in the Gaps Campaign and attended parliament to support it in 2006.

Available to hire as a speaker Stephanie Beacham discusses the highs and lows of her over 50-year career and talks openly and honestly about her experiences with hearing loss and how that has not stood in her way. When booked to host events Stephanie is a well-known face with plenty of on-stage experience that will keep the audience engaged throughout. 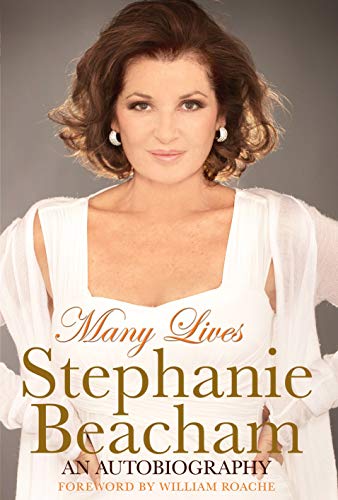 How to hire Stephanie Beacham

Contact the Champions Speakers agency to provisionally enquire about Stephanie Beacham for your event today. Simply call a booking agent on 0207 1010 553 or email us at [email protected] for more information.