TV presenter and broadcaster Spencer Kelly is a British scientist, keynote speaker and technology expert best known for his work as the host for the BBC series Click. As a technology speaker Kelly calls on his vast experience working both in the industry and as a TV presenter, his academic knowledge – he graduated with a double first in computer technology from Cambridge University – is only further complemented by his experience, whilst his personal passion for science and technology make him one of the most fascinating technology speakers currently working the after dinner speaker circuit.

As well as working as business speaker Spencer Kelly spent several years working in other areas of the broadcasting industry, as well as hosting Click, Kelly has worked on The Gadget Show, presented his own radio show and hosted a comedy panel series. Alongside his work as a technology speaker, Spencer Kelly dedicates a great deal of his time to making personal appearances, alongside Click and The Gadget Show he has presented a number of training videos and, as part of his work as an after dinner speaker, appeared at conferences, road shows and specialist technology events across Britain.

One of the most impressive aspects of Kelly’s work as a specialist technology and keynote speaker is his ability to simplify and explain some of the most complex and innovative technology currently on the market. He constantly has one eye on the scientific developments taking place in technology and technological inventions across the world; he brings all this information, and more, to the fore in his role as an after dinner speaker.

Above all else Spencer Kelly’s work as a business speaker is known for its humour, his long experience in the world of technology has provided him with a wealth of brilliant and funny anecdotes to share with his audiences, making him a favoured keynote speaker amongst the already tech-savvy.

Contact the Champions Speakers agency to book Spencer Kelly for your event today. Simply call a booking agent on 0207 1010 553 or email us at agent@championsukplc.com for a free quote. 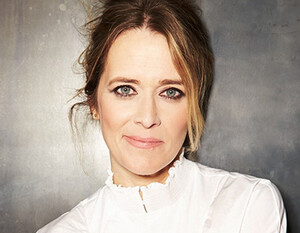