Referred as 'one of the finest magicians I have ever seen', by Sir Roger Moore, Award-winning Magician, author and producer of The Magic Hour
Enquire Now
Image
Enquire Now

Sonic’s exquisite performing talents were developed at Royal Holloway, University, where he gained a degree in Drama and Theatre Studies. Obtaining further technical experience, he completed an MFA in Theatre Directing at Birkbeck University. In addition to performing internationally, from Rome to Rio de Janeiro, Sonic has also consulted on shows in Amsterdam, Sweden and Las Vegas.

Highly talented and innovate, Sonic directed and produced magic shows at Riverside Studios, The Vaults and London’s West End. Furthermore, he produced sell out shows for the Edinburgh Fringes Festival. Since the inception of his show, The Magic Hour in 2013, Sonic has consistently received 5-star reviews, as a result, he was appointed resident magician at the prestigious St Pancras Renaissance Hotel for a year.

Inspired by his success, Sonic went on to perform sleight of hand at the renowned Savoy Hotel. In 2019 he came up with an innovative mind-reading show called Unfathomable. Authoring, Performing Magic, which was foreword by Paul Daniels and former president of The Magic Circle David Berglas. Sonic also appeared on TV with Jonathon Ross on the hit ITV show, Penn & Teller: Fool Us.

Performing for the likes of Sir Roger Moore, The Hairy Bikers, Jools Holland and Gary Barlow, Sonic is well known for delivering premium shows. He has been named in the top 10 attractions in London by TripAdvisor for 2014. He was also recognised as the Top Halloween show in London by Metro for 2018. A finalist in The Magic Circle Stage Magician of the year for 2018, Sonic has demonstrated his phenomenal talent. Book Sonic now. 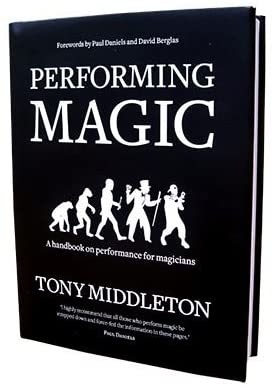 How to hire Sonic

Contact the Champions Speakers agency to provisionally enquire about Sonic for your event today. Simply call a booking agent on 0207 1010 553 or email us at [email protected] for more information.

Dynamo
Extraordinary Magician & Illusionist Who Has Walked On The Thames, Levitated Above The Shard & Walked Through Windows
View Profile
Image