WITH 21 OF HIS 44 WINS COMING FROM THE EUROPEAN TOUR, HE RANKS 10TH ALL TIME IN WINS ON THAT TOUR. MEMBER OF 9 RYDER CUP TEAMS
Enquire Now
Image
Image
Image
Enquire Now

Scottish Golfer Sam Torrance OBE was a prolific player throughout the 1970s, 80s, and 90s. Now a popular commentator across the sport, he has enjoyed a phenomenal career which has set him in good stead to deliver as a golf speaker, specialising in after dinner speeches across a multitude of events and occasions.

From winning the famed European Tour an incredible twenty one times to securing the top spot in the 1980 Australian PGA Championship title and accruing eleven European Senior wins, Torrance has earnt his legendary status in the game. Turing professional aged only sixteen, Sam Torrance gained worldwide recognition for his accurate short iron play and long driving which saw him gain forty four professional wins throughout his career.

Torrance cemented his superiority within the sport when he successfully guided the European Ryder Cup team to glory in 2002. Having competed within the competition as a player on eight separate occasions, he knew the requirements for success and guided his troop to the title, sinking the winning put himself.

Professional and articulate throughout his career, Torrance qualified for senior tournaments in 2003 and achieved first position in the European Senior Tour’s Order of Merit on three separate years (2005, 2006 and 2009). For his long-lasting services to the sport, Torrance was awarded an MBE in 1996 and an OBE in 2003.

Since retiring from the sport in 2017 after the Staysure Tour, Torrance has become a regular sports commentator. Currently working for the BBC he provides coverage of all the top golfing events, including the Tiger Woods PGA Tour. Also making a total of five appearances on the popular panel show ‘A Question of Sport’, he made history by achieving the first ever perfect score in 2008 with his teammates; Sharron Davies and Phil Tufnell.

Proving successful as a golf day host, Torrance is a popular addition to all events, especially as an after dinner speaker and sports speaker. Through sharing anecdote tales of his high profile career, audiences not only get an insight into one of Scotland’s greatest golfers but they gain an understanding of the determination, drive, and perseverance required to achieve success. An inspirational speaker, Sam Torrence is a hit with crowds due to his charm and charisma on stage, no matter what the occasion.

Contact the Champions Speakers agency to book Sam Torrance for your event today. Simply call a booking agent on 0207 1010 553 or email us at agent@championsukplc.com for a free quote.

When at corporate events, Sam is known to cover the following topics: 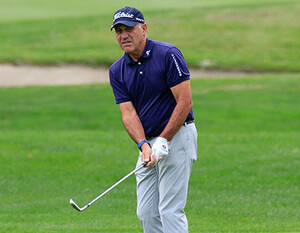 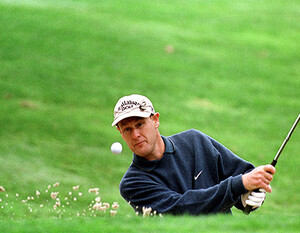