Ronan Tynan is a world-renowned Tenor, who has had success as a solo artist and as a member of the Irish Tenors and has performed at sporting events and for US presidents.  He is also famed for his time as an athlete. He won seven Paralympic medals and set 14 world records in various disciplines. Working as a speaker, Ronan is inspirational and provides audiences with the perfect example of someone who has overcome adversity and made the most of life.

He was born with a lower limb disability and after a car accident in his twenties he had to have his legs amputated to continue using prosthetics, but he quickly bounced back and was climbing stairs at his college dorm weeks later. He then took up track and field, representing Ireland in various international competitions. He set a total of 14 world records and won four gold, two silver and a bronze medal across two paralympic games. He then became the first person with a disability to attend the National College of Physical Education. He then became a qualified physician specialising in Orthopedic Sports Injuries after graduating from Trinity College.

He joined the Irish Tenors in 1998, after having won the International Operatic Singing Competition, the John McCormack Cup for Tenor Voice and the BBC’s Go For It. He later published his autobiography Halfway Home. Embarking on a solo career he was personally invited by Nancy Reagan to perform at the funeral of President Ronald Reagan. An international audience of over 35 million watched him sing Amazing Grace and Schubert's Ave Maria. His work with US Presidents continued as he sang at the birthday of President George H.W. Bush. At the invitation of President George W Bush and his wife Laura, he performed at the White House Governors' Ball and the St. Patrick's Day Reception. He has also performed at several Sporting events including a rendition of God Bless America during the seventh inning stretch at Yankee Stadium as well as becoming the first live singer to perform at Belmont Stakes. His voice has also been used to help raise funds for New York’s police and fire departments in the wake of 9-11, performing at several memorials and benefits. He has released two albums and his debut album reached #2 on the World Album Chart.

Available to hire as a performer, his unique vocals and irresistible appeal mean he will wow any audience while for those who are looking for a motivational speaker Ronan is a fantastic choice. His story of determination and achievement provides a moving story and make him perfect for any organisation looking to inspire those in attendance. 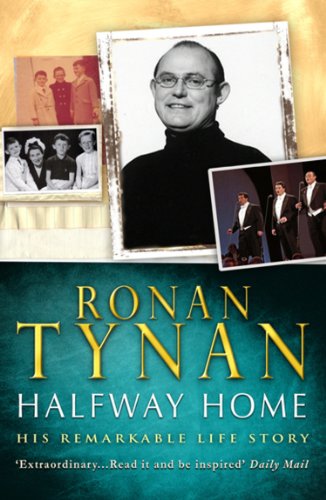 How to hire Ronan Tynan

Contact the Champions Speakers agency to provisionally enquire about Ronan Tynan for your event today. Simply call a booking agent on 0207 1010 553 or email us at [email protected] for more information.

"Ronan Tynan delivered! With a voice like an angel, Ronan brought our audience to tears and cheers." - Missouri Hospital Association

“All I can say about Ronan Tynan is “wow.” He was fantastic and our audience was thrilled with this talk.” - Society for Human Resource Management

"Ronan was nothing short of professional and charming during rehearsal, even commenting how outstanding our sound crew was. During the Opening Session, we weren’t sure exactly what time Ronan would go on, so we asked him to arrive early and he more than willingly obliged. His message and performances had everybody laughing one moment and crying the next. He concluded with his voice filling the room with his magical rendition of Hallelujah. Simply breathtaking! Ronan then joined us during our reception to sign CDs and take photographs. Attendees shared personal stories of their own disabilities with him, which was truly inspiring." - SourceAmerica

"He was fantastic --- great personality and excellent performance. Yes he is particular but in a good way ---plus he could say anything in that Irish accent and get away with it. Well done!" - Talent Network Inc

"What a wonderful, wonderful performance. Once again, I heard over and over again - just like post-Masters - "that was the best thing I have ever seen! He was amazing!" So thank you and please thank Ronan for me. He helped make our conference what we believe is the best ever - and there have been 33 annual conferences (albeit non as big as his one)!" - LPL Financial