Roberto Martínez is one of the most influential football managers in the world, having guided Belgium to become the number one FIFA ranked team. His positive and stylish image alongside key attributes of leadership, motivation, and innovation makes him a unique speaker.

As manager of the number one Belgium football team, Roberto is someone that thinks outside the box, offering unrivaled insight on the issues and trends required to manage a first-class team. A brilliant motivator, he can articulate exactly what it takes to ensure performance at the highest level. During his time as the Belgian manager, he secured their highest FIFA World Cup finish of all time, in 2018, as they placed third overall. Prior to his success with Belgium, Roberto managed Swansea City, Wigan Athletic, and Everton, where he saw similar great results. A highlight of his managerial career was guiding Wigan to winning the FA Cup and receiving the FA Cup Manager of the Year award in 2013.

Before his high profile career in football management, Roberto played with some of the biggest names in world football. Playing for the team he later managed, Roberto made 187 appearances for Wigan Athletica between 1995 and 2001 and grew in popularity as a fan favorite. Representing Swansea later in his career, he became the captain for a short time and led the team to a League One promotion.

Outside of his managerial and sporting career, Roberto served as a studio analyst for ESPN‘s coverage of the FIFA World Cup. Additionally, he reported on the UEFA European Championship, in 2012 and 2016 and the 2013 FIFA Confederations Cup. He has also been a regular guest on Sky Sports‘ Spanish football program, Revista de la Liga. Making several appearances on the BBC‘s Match of the Day, he has come an instantly recognisable figure from the football industry.

Fluent in both Spanish and English, his engaging and articulate speaking style reflects his character and personality. Drawing on his experiences he discusses the key aspects of how to build and manage a world-class team during his keynote speeches. As a speaker, he offers insight into how data analysis can play in optimising performance, as well as other valuable and engaging topics.

Contact the Champions Speakers agency to book Roberto Martínez for your event today. Simply call a booking agent on 0207 1010 553 or email us at agent@championsukplc.com for a free quote.

When at corporate events, Roberto is known to cover the following topics:

“He was my inspiration”
– Gareth Southgate

“The great thing about Roberto Martinez is that his teams do play football all the time. That is great credit to him”
– Sir Alex Ferguson

“Hhe’s ultra positive. He takes the positive from every single scenario”
–Leighton Baines

“I rate him as a quality manager”
– Arsene Wenger 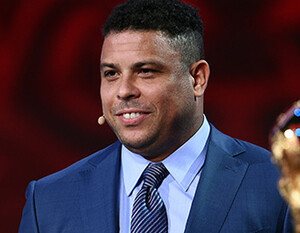 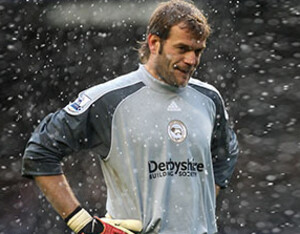