Former professional footballer and manager, Glenn Hoddle is one of England’s greatest ever players and best known for his spell at Tottenham Hotspur, playing over 400 games and winning two FA Cups and a UEFA Cup. As a manager, he guided Swindon Town to the Premier League as well as winning over 60% of his games as England boss. He boasts an impressive CV in the media, working with several national broadcasters on a regular basis. As a speaker, Glenn draws on his near 50 years of experience at the highest level of football with stories from his time as a player, manager and pundit that would keep any sports fans interested. For corporate audiences, Glenn is a natural leader who knows what it takes to succeed at the highest level.

He left Spurs to join Monaco in 1987 winning the French Division One title and being named Foreign Player of The Year. He then returned to England to become player-manager of Swindon Town. He achieved promotion to the Premier League in his first year before joining Chelsea in the same role. He guided the Blues to a first European Campaign in over 20 years and signed several top players that would bring the club success in later years. He then took England to the round of 16 at the 1998 World Cup only to lose to Argentina on penalties. He would go on to keep Southampton in the Premier League before spells at Tottenham and Wolves. Since leaving Wolves he has been a regular on TV screens working as a pundit for ITV on various international tournaments as well as being a co-commentator for BT Sport on their Premier League, Europa League and Champions League coverage.

Available to book as a speaker, Glenn’s extensive career at the top of English football makes him the perfect speaker for any football audience. For businesses, Glenn offers an insight into management and leadership at the highest level and what it takes to be successful. 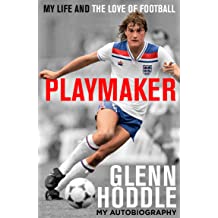 Playmaker: My Life And The Love Of Football 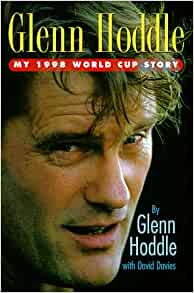 How to hire Glenn Hoddle

Contact the Champions Speakers agency to provisionally enquire about Glenn Hoddle for your event today. Simply call a booking agent on 0207 1010 553 or email us at [email protected] for more information.