Raphaël Ibañez is a former French rugby union hooker who is best known as the previous captain of the French national team. A natural sportsman and born-leader often delves into topics including achieving peak performance, maximising success and effective teambuilding exercises as an after-dinner speaker and motivational speaker at a whole host of corporate events, functions and conferences.

During his early career, Raphaël started with his hometown rugby team Dax, before moving to play for Perpignan and Castres. Throughout this period of time, he would also make his international debut for France against Wales. He enjoyed a further 72 caps for his country with 27 as captain, won two consecutive Grand Slams in 1997 and 1998 before announcing his retirement from international rugby in 2003.

After moving to Saracens, Ibañez continued to display his undeniable skills and talent as a rugby player and managed to score a total of 20 points in only 30 appearances for the London based team. In 2005 he transferred to London Wasps where he was selected as a replacement captain for Lawrence Dallaglio and became a pivotal team member in their success at the 2007 Heineken Cup final.

With French coach Bernard Laporte making it his mission to get Raphaël back on the field, he made his return to international rugby soon after he announced his retirement in 2003. He gained a further 26 caps for the international team with 15 of them acting as captain taking his grand total up to 98 caps altogether. Throughout this period he managed to captain the 2007 Six Nations team, become the first player to score a try in Croke Park and even led the French team to finish fourth at the 2007 World Cup.

Since announcing his retirement from all rugby in 2008, Raphaël has made regular appearances on BBC coverage of the Six Nations and is also a frequent face on French channel France 2. A born-sportsman remains tied to rugby as the coach of the French team, Bordeaux Begles and continues to participate in extreme sports including rock climbing and kayaking.

A man that has left his mark on international rugby is now combining his renowned teamwork and leadership skills to educate corporate organisations of all sizes to boost their productivity and efficiency as a workforce. With an entertaining yet insightful delivery, Raphaël Ibañez can hold the attention of even the largest audiences and leave a lasting and effective impression on those he addresses.

Contact the Champions Speakers agency to book Raphaël Ibañez for your event today. Simply call a booking agent on 0207 1010 553 or email us at agent@championsukplc.com for a free quote.

When he's at corporate events, Raphaël is known to discuss the following topics: 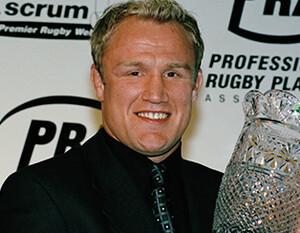