Philippe Legrain is an independent writer, commentator, consultant and public speaker with high-level policymaking experience. Legrain is based in London, Legrain describes himself as a 'thinker, communicator and doer'. Legrain has shown a number of passions that has spanned throughout his wide-ranging career. Legrain describes his three big passions as Trying to Understand Economics, Politics and Culture combine to form the big picture, communicating this to a wider audience and trying  to make the world a better place.

Through Legrain's work, writing and media appearances, Legrain has been at the heart of many of the big debates of the past 20 years - about globalisation, international migration, The Western Financial Crisis Legrain's wide-spanning career gives him the ability to have a combination of insider knowledge, intellectual authority, and independent perspective on both global and European political economy issues.

Legrain speaks of being fascinated by how the world is coming together through globalisation while becoming ever more diverse through cultural mixing and individual choice. Speaking of his interest in the rapid development of China, India, Brazil and other emerging economies, which are creating incredible new opportunities, it is clear that Legrain has a clear passion for the betterment of the world. Legrain believes that people should be free to live, work and fall in love wherever they please.

Legrain has written for many interesting publications, including the likes of The Financial Times, The Wall Street Journal, The Times, The Guardian, The Independent and much more. Legrain also has written four books: Open World: The Truth About Globalisation, Immigrants - Your Country Needs Them, Aftershock - Reshaping the World Economy After the Crisis and European Spring - Why Our Economics and Politics are in a Mess.

An accomplished economic speaker, Legrain has been a speaker at events all around the world. Legrain also spent two and a half weeks touring New Zealand in May of 2009 to speak about the economic benefits of diversity. Legrain has done consultancy work for a variety of clients, including the International Monetary Fund and The World Bank, The Swedish Governments Globalisation Council, UNDP and the Asian Development Bank. Alongside all of this work, Legrain is also a commentator on BBC TV and Radio on globalisation, migration, and European issues.

Contact the Champions Speakers agency to book Philippe Legrain for your event today. Simply call a booking agent on 0207 1010 553 or email us at agent@championsukplc.com for a free quote.

When he's at corporate events, Philippe is known to cover the following topics: 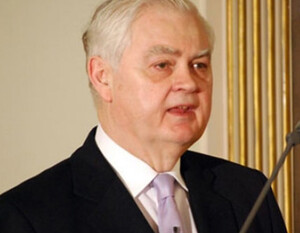