A former banker with a notorious career history, Nick Leeson is credited with the collapse of Barings Bank, however, he rebuilt himself and his reputation to become one of the most sought-after speakers on the circuit. A public downfall, a prison sentence, and a battle with cancer, Nick’s life has seen him develop a resilience second to none, and now through his speaking engagements, he instills the same strength in others by sharing the twists and turns of his past. Benefit from the mistakes he has already made and the lessons he’s learned when you book Nick as your next speaker.

Quickly rising through the ranks of Barings Bank, Nick impressed as the young underdog, making his way to the floor as a derivatives trader. Enjoying the thrill of the risks and the rewards, even more, Nick individually secured the bank 10% of their annual profits in one year. After proving his savvy mindset in London, Nick transitioned to Singapore as the Manager of Futures and Options for Barings, working on the Singapore International Monetary Exchange. The temptation of the potential earnings became too much for Nick, who began making unauthorised speculative trades and in a fraudulent move, hiding his losses of $1.3 billion in error accounts. In 1995 Barings was declared bankrupt by the velocity of Nick’s liabilities and he was sentenced to six and a half years in Singapore prison for his actions.

The best speakers utilise their life experiences to offer valuable advice to others, and Nick achieves this with aplomb. Able to offer a full range of services from entertaining after-dinner talks, where he explores his life in detail, to experienced business conferences where he transfers his knowledge into a corporate setting, Nick is a truly versatile speaker. Having battled cancer whilst in prison and transformed his damaged reputation to become successful in the corporate world once more, a key theme for Nick is that of mental resilience, which is invaluable to a range of audience demographics. For business clients, Nick’s exploration of risk management, human error, and ethics is transformative, and his informal and honest talk style resonates with audiences.

Since returning to the UK, Nick has been served as CEO of Galway United FC for a period of four years, published two highly acclaimed books, and has his epic life story turned into a film, Rogue Trader. Much of Nick’s later life has been dedicated to understanding stress and wellbeing, with his achieving a degree in Psychology and authoring ‘Back From the Brink: Coping With Stress’. At events, Nick further discusses the importance of wellbeing and mental health in becoming a success. 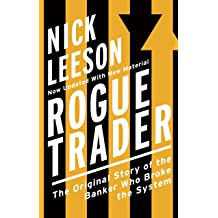 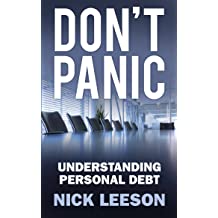 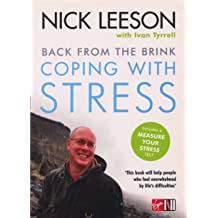 Back From The Brink: Coping With Stress

How to hire Nick Leeson

Contact the Champions Speakers agency to provisionally enquire about Nick Leeson for your event today. Simply call a booking agent on 0207 1010 553 or email us at [email protected] for more information.

"Nick Leeson was excellent on the day, very frank, open and honest and allowed for a substantial Q&A session which was very well received at the event. We would have no hesitation in recommending Nick to other organisations such as ourselves." Elaine, Irish Brokers Association

"Nick Leeson gave one of the most interesting and thought-provoking talks of the weekend with his personal account of how he brought the UK's oldest investment bank, Barings Bank to collapse through his fraudulent speculation." - Warwick Economics Summit 2011

"Nick Leeson was informative, engaging and entertaining! He has an amazing story to tell and does a very good job of telling it. Not only that, Nick goes the extra mile and spent a lot of time with our guests before and after the event, He was great value for money." Neil, British Insurance Brokers Association

"Nick Leeson was an excellent speaker. A story told in such a humble way, honest and to the point. A real insight into how things can go drastically wrong and the resulting consequences." Steve, Gazprom Marketing & Trading Limited

"Nick Leeson was very good for us. His subject matter was an excellent fit for our subject matter and he was a strong draw for our attendees. His presentation was factual, honest and compelling. I observed that the audience was truly interested in what he had to say. There didn’t seem to be any negative sentiment towards him or his prior actions. In fact, there was an employee of a bank sitting in the front row, closest to him, who was genuinely interested in how his situation went down. Nick also participated in a journalist interview from the Daily Telegraph. He was flexible and agreeable and the reporter seemed happy with the outcome. All in all, it was a successful day for Courion and Nick was instrumental in making that happen." Doug, Courion Corporation.

"Mr Leeson shared his personal journey in a humble and direct manner.  His view was supported by the rest of the Board who found his story astonishing and recognised the lessons to be learnt.  The Secretariat department was especially pleased that Mr Leeson did not hurry through the delivery of his presentation and that he was willing to share his experiences in detail with the audience.  A truly thought-provoking experience." Chairman, Exxaro Resources - South Africa