Michael Holding is famed for his talents as a cricket player. Formerly playing for the West Indies cricket team, Michael caught the attention of sporting officials with his smooth and fast bowling technique. Playing cricket throughout his life, Michael started young with the Melbourne Cricket Club. In 1975 Michael was given the opportunity to play for his first big team, joining the West Indies cricket team as a replacement for Bernard Julien. From his debut match, Michael impressed sporting professionals with his talents, bowling at an incredible 97 mph which made him faster than Australia’s fastest bowler. After impressing in his debut match, Michael was used to front the bowling attack in a four-test series again India in replacement of Andy Roberts. Delivering on top form, Michael was able to help win the match and claim the title of the leading wicket-taker, tallying 19 wickets. Michael has also been fortunate to play at The Oval, a match in which he claimed bowling figures of 8 wickets and 92 runs. In 1976 Michael decided to study Computer Science at the University of West Indies, after coming to the realisation that cricket did not pay well, and he needed to prepare himself for life when he was not on the pitch.

In a bid to earn more money, Michael was asked to play as part of the World XI team in the World Series Cricket, and Michael was able to buy his first car and house with his earnings. Michael continued to play in a number of prominent games, performing for domestic teams such as Jamaica, Lancashire, Tasmania, Derbyshire and Canterbury as well as international teams. Impressing continually throughout his career, Michael has been inducted into The Federation of International Cricketers’ Association Hall of Fame and the ICC Hall of Fame. Michael is also the current record holder of the best bowling figures with 14 wickets for 149 runs. Upon retiring from the game, Michael dedicated his time to becoming a broadcaster and ICC Official. Also a published author, Michael has written two autobiographies titled Whispering Death and No Holding Back. Friends with one of the producers for Radio Jamaica, Michael was recruited as a commentator for coverage of cricket. Before long, Michael broadened his horizons to television presenting, joining as a presenter at Sky Sports and SuperSport. He also later joined as one of the founding members of the Bowling Action Review Committee.

With such an illustrious career to his name, Michael has continued to be a fan favourite long after his retirement and awarded an Honorary Degree and Lifetime Achievement Award, bestowed by the University of East London. In December of 2020, it was announced that Michael has been awarded Freedom of the City of London for his efforts in standing up to racism in the summer. On 24th June 2021, Michael released his book 'Why We Kneel, How We Rise', exploring racism in sport and delivering a powerful and inspiring message of hope for the future. Highly sought as a public speaker, Michael enlightens audiences with tales of his time spent playing first-class cricket. Having learnt valuable life lessons throughout his time on the pitch, Michael delivers a captivating cricket after-dinner speech. Recently, Michael has been sharing his experiences and views on racism, drawing attention to prominent issues that face both the world and sports industry. Guaranteed to leave a lasting impression on audiences, Michael is the ideal choice for a range of events. 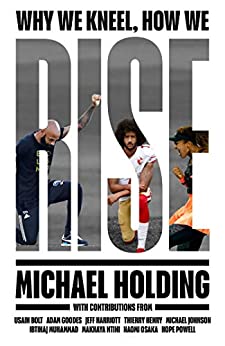 Why We Kneel, How We Rise 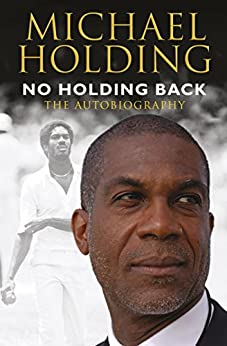 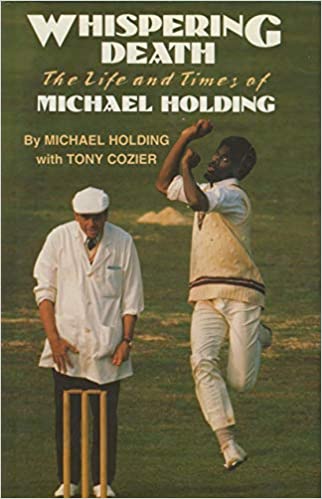 Whispering Death: The Life And Times Of Michael Holding

How to hire Michael Holding

Contact the Champions Speakers agency to provisionally enquire about Michael Holding for your event today. Simply call a booking agent on 0207 1010 553 or email us at [email protected] for more information.

Feedback from virtual events and webinars

During the Covid-19 pandemic and the temporary halt of live events, Michael was booked as the guest speaker for a range of virtual events and webinars. Read the feedback from virtual events below.

"I wanted to take this opportunity to thank you both, your team and Mikey for the amazing support in making our BHM event on Friday such a huge success. The feedback from everyone has been nothing short of tremendous. Please personally pass on my gratitude and sincere thanks to Mikey- a true legend!" - Brian, Risk Advisory IT Business Partner, Deloitte

"I just wanted to say a big thanks to yourself, and Michael for the great speaking event that took place today. It's been received fantastically well by all attendees. As we drew the webinar to a close, we didn't get a chance to say thank you personally to Michael. If you could pass on our sincerest thank you to him on my behalf, it would be greatly appreciated. His conversation and insight was second to none, and something I'm very appreciative to be a part of" - Marc, Assistant Manager, Deloitte

"Thanks again for all your help - the event went really well." - Neyna, Project Manager, Akin Gump