Kemba Smith is best known for her work in the criminal justice system, focusing on current drug policies and the experiences of young people. She draws from her own experiences of serving six and a half years of a 24-and-a-half-year sentence, which is the subject of her book Poster Child.  She has used her own experience to launch the Kemba Smith Foundation.  Working as a speaker she speaks to school and college children about the consequences of their actions, while also advocating for change in the criminal justice system for first time non-violent offenders and the rights of those incarcerated.

She attended Hampton University and entered an abusive relationship with the leader of a drug ring. Upon his death, Kemba was charged with the total amount of the drugs in a conspiracy charge. She was sentenced to over 24 years with rules at the time not accounting for the fact she carried out illegal activities under fear for her life. Her story gained national coverage and after six and a half years she was granted clemency by President Clinton in 2000. Since her release, she has earned a degree in social work and a law degree from Howard University.

Putting her education to use Kemba has launched the Kemba Smith Foundation.  This is a non-profit organisation that aims to educate people about issues facing communities including drug and alcohol use, teen pregnancies and rehabilitation of ex-offenders, supporting those who have family members involved with criminal justice, working to eliminate prejudice and defuse neighbourhood tensions and creating resources to educate people on the criminal justice system and the current drug laws. In a bid to get her message out there she has worked with officials at The White House, the United Nations in Geneva, Switzerland, Members of Congress, led sessions with Federal and State Probation groups across America. In 2019 she was named on the Virginia Parole Board after she had held the role of State Advocacy Campaigns Director. Her work and experiences are the subject of her book Poster Child: The Kemba Smith Story. Her story has also been told on BET, CNN and Nightline as well as being featured in JET, Essence, New York Times, and The Washington Post.

Kemba Smith is a speaker like non-other. Her story is inspirational, and her passion rings true throughout her speaking agreements. Popular with national conferences, schools, universities, and churches Kemba can keep a wide variety of audiences engaged while also putting across important messages that need to be heard. 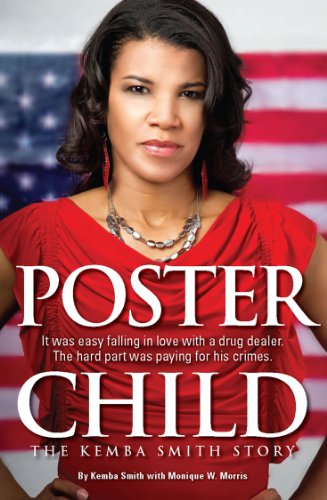 How to hire Kemba Smith

Contact the Champions Speakers agency to provisionally enquire about Kemba Smith for your event today. Simply call a booking agent on 0207 1010 553 or email us at [email protected] for more information.