John Nicolson is a politician, journalist, and broadcaster  - and former World Student Debating Champion! John hosts his own show on Talk Radio. He was M.P for East Dunbartonshire until 2017. A member of the powerful Culture, Media & Sport Select Committee, he gained a reputation as a fearless interrogator during its ‘Brexit’, Homophobia in Sport, BBC Charter Renewal, ‘Blood doping in athletics’ and ‘Governance of Football’ inquiries.

He won widespread praise for introducing the Turing Private Member's Bill to pardon all gay men found guilty of crimes no longer on the statute book. John has been one of the Scottish National Party’s most high profile media performers, with repeat appearances on: BBC 1 Question Time, BBC Radio 4 Any Questions, BBC The Daily Politics, BBC Radio 4 Week in Westminster, Channel 4 News, BBC Victoria Derbyshire programme, and Channel 5 The Wright Stuff. He is also a regular guest on BBC This Week with Andrew Neil.

Before entering Parliament John was a well known national broadcaster. He presented BBC Breakfast and ITV's Live with John Nicolson. He reported for Newsnight and Panorama from home and abroad, including stints in Iraq, Palestine and Israel during the Gulf War. He was the BBC presenter live on air when the Twin Towers were struck - a broadcast which won the Foreign Press Association award.

John was educated at Glasgow University and Harvard, having won a Kennedy Scholarship and a Harkness Fellowship. As a student, he was the Scottish, British Isles, and World Debating Champion. John Nicolson is warm and engaging, he is a vastly experienced speaker and conference chair.

Contact the Champions Speakers agency to book John Nicolson for your event today. Simply call a booking agent on 0207 1010 553 or email us at agent@championsukplc.com for a free quote. 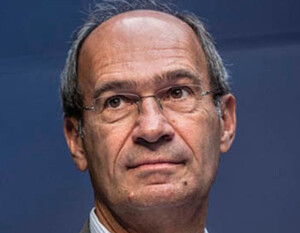