John Francome MBE is a retired British Jockey, greatly known for winning seven British Championship Jump Competitions throughout his professional career. Not only is he renowned for his riding career, but he is also now a bestselling author having published 27 books. John remains a popular after-dinner speaker at specialist horse racing events and will speak passionately about his experience being both a Jockey and a Pundit.

John first rode a pony at the age of 6 but started racing when he was 16, where he successfully came in first place at Worchester. He continued to win his first British Championship Jump Jockey title in the 1975/76 season. These victories continued as he worked hard for the sport he was passionate about and by the end of his career, he had accumulated 1,138 first-place races, including seven British Championships.

Upon retiring from racing, Francome became a pundit and horse racing speaker for Channel 4’s racing series and continued to work with the broadcaster for 20 years. Leaving Channel 4 in 2012, John has since worked as a dedicated after-dinner speaker and appeared at many high-profile racing events. In 1986, John was awarded an MBE in recognition of his services to horse racing and was also awarded the Best Sports Pundit by the Royal Television Society in 2004.

John Francome MBE is not only the third most successful National Hunt jockey in the country, but is also an incredibly popular sports speaker. He is often called the 'best jockey not to appear in The Grand National' and is highly respected for his dedication to the horse racing industry. John Francome draws large crowds and speaks passionately about his career, which is why he is the perfect addition to any corporate or charity events. 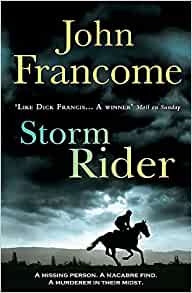 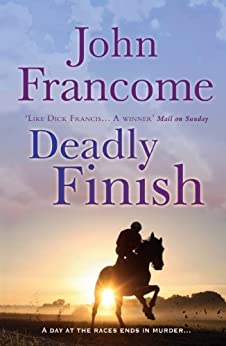 Deadly Finish: A fresh and exhilarating racing thriller of suspicion and secrets 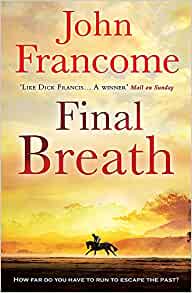 How to hire John Francome

Contact the Champions Speakers agency to provisionally enquire about John Francome for your event today. Simply call a booking agent on 0207 1010 553 or email us at [email protected] for more information.

2012- President of The Injured Jockeys Fund.

1992- Started working with Channel 4 as a Pundit and horse racing speaker.