English dual-code rugby great, John Bentley is part of an exclusive club of players to represent his side in both Rugby League and Rugby Union disciplines, as well as overseeing the transition to professionalism in the sport. Making his rugby union debut against Ireland in 1988 aged 21, John made an immediate effect in his national squad, becoming selected for the summer tour of Australia shortly after.

Prior to his rugby career, John trained as a policeman. From there, he moved to the professional rugby league. Again John was picked for his national squad for the 1995 Rugby World Cup in South Africa, whilst playing for Leeds, Halifax and a short spell with Balmain Tigers in Australia. John learned a lot from this period of his life, which he incorporates into his public speaking. From achieving his goals to peak performance, John learned the importance of cultivating his skills and learning to manage pressure in a tense situation. John's audiences benefit from his invaluable strategies of maximising success, which he developed first hand as a sportsman.

John was part of a squad to be only the third team to win on a tour to South Africa. John’s drive and determination is a skill relatable to both social and business environments, making him an ideal rugby speaker for all kinds of events. A pre-eminent Rugby speaker, John played in one of the most transformational and interesting periods of both Rugby League and Rugby Union. John’s extensive knowledge of the sport gives him an excellent grounding to engage and interact with fans of the sport during after-dinner speeches and Q&A sessions. As an events host, John is a comical, recognisable figure who captivates his audience from the moment he steps onto the stage. No event is complete without a speaker like John, who can effortlessly and confidently command the stage.

Contact the Champions Speakers agency to book John Bentley for your event today. Simply call a booking agent on 0207 1010 553 or email us at agent@championsukplc.com for a free quote.

“The evening was a great success and John Bentley was superb. John stayed until late and had a great time, he got on well with our players who thought it was great that a speaker stayed so long plus he mixed with everyone.” - Stan Fritchley, Chairman, Old Centralians RFC 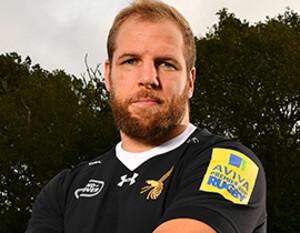