South African Formula 1 driver and sports speaker Jody Scheckter is infamous for his bravery, speed and fierce competitive nature on the track. Making a name for himself as the ‘South African Wild Man’, he continually impressed with his unwavering ability to live life in the fast lane. As a motorsports speaker, Scheckter shares stories, often comical, often dangerous, from his time at the top.

Beginning his career in the early 1970s driving for McLaren; demonstrating his abilities early on Scheckter quickly became the young driver to watch. Scheckter spent the majority of his career driving with McLaren and Tyrell, however after driving a six-wheeled Tyrell P34, and giving the vehicle its first win in F1 history, Scheckter moved first to Walter Wolff’s team and then onto Ferrari driving the 312T4. Surpassing the predictions of pundits and critics, Scheckter secured the Constructor’s Championship for the team and the 1979 Driver’s Championship for himself.

Achieving international success during his driving career Jody Scheckter became a highly recognisable public figure; retiring in 1980 Scheckter has gone on to enjoy a varied career as a motorsports speaker and established himself as a businessman and organic farmer.

Immediately after retiring from racing, Scheckter founded a company whose purpose was to properly train and prepare members of the military and police forces to use firearms. Following the sale of this venture, Scheckter helped his sons, Tomas and Toby, to develop their own racing skills and, drawing upon his own knowledge of racing and newfound ability to help develop others, he subsequently began working as a motorsports speaker.

Alongside his work as a speaker Jody Scheckter has developed a keen understanding of the burgeoning and progressive biodynamic’ s industry and organic farming, Scheckter now owns a successful farm in the South of England. Furthermore, he has developed his presenting abilities through appearances on a number of farming and rural orientated programmes including: Countryfile (2011), Escape to the Country and Sugar-Free Farm (2015).

With a selection of eclectic interests, Jody Scheckter is unlike most motorsports speakers. Able to discuss a full spectrum of topics from professional racing to organic farming, he is an excellent example of finding success after success. Easily adaptable, Scheckter is an ideal choice for a speaker offering something unique.

Contact the Champions Speakers agency to book Jody Scheckter for your event today. Simply call a booking agent on 0207 1010 553 or email us at agent@championsukplc.com for a free quote.

When at corporate events, Jody is known to cover the following topics: 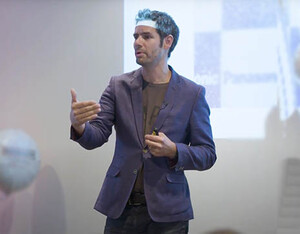 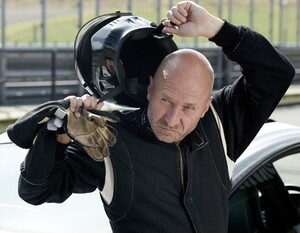