BRITISH SPRINT ATHLETE WHO WON AN OLYMPIC GOLD MEDAL IN THE 4 X 100 METRES RELAY AT THE 2004 OLYMPIC GAMES, AND IS ALSO THE 2004 WORLD INDOOR CHAMPION AT 60 METRES
Enquire Now
Image
Enquire Now

Olympic gold winning Jason Gardener MBE, is best known for his performance as a British sprint athlete. A specialist in running short distances, he was a pinnacle figure in the 4x100 metres relay and 60 metre race prior to his retirement. From inspiring audiences as a motivational speaker to presenting at award ceremonies, his adaptable speaking style makes him the perfect choice for a wide range of events. Jason’s advice is invaluable, as he covers such topics as maximising success and peak performance.

Born in Bath, Jason’s first taste of competing was at the World Junior Athletics Championships, in 1994 at the age of 19. In the competition, he earned second place in the 100 metre individual race and a gold medal whilst on the 4×100 m relay team. As a sportsman who experienced early success, Jason quickly became an expert in managing pressure and developing mental resilience, two topics which he explores in his motivational speaking.

Jason is passionate about inspiring people, having invested his time into motivating others to capitalise on their talent, overcome their fears of failure and learn from past mistakes. Having seized opportunities in his own life, Jason now tours the motivational speaking circuit to share his methods of capitalising on opportunities, both personally and professionally. At the peak of his active athletic career, Jason won gold in the 2004 Olympic Games in Athens and the 2004 World Indoor Athletics Championships in Hungary.

Over the course of his competing, Jason earned six gold medals between 2000 and 2007, two silver medals between 1998 and 1999, and three bronze medals between 1999 and 2005. Aside from representing himself individually, he mostly competed for his country, Great Britain. Jason was educated at Bath Spa University. Prior to retirement, he took part in the Sprint for Faith, a 100 meter race organised by the Pontifical Council for Culture and the Italian Sports Centre as part of the Catholic Church’s Year of Faith. Jason now dedicates his time to motivational speaking and sports consultancy, roles in which he encourages people to discover their personal capabilities.

Contact the Champions Speakers agency to book Jason Gardener for your event today. Simply call a booking agent on 0207 1010 553 or email us at agent@championsukplc.com for a free quote.

When he's at corporate events, Jason is known to discuss the following topics:

"I can honestly say I have never received such good and consistent feedback from delegates regarding a speaker....Jason was articulate, entertaining, engaging and inspiring. It was just the right balance between sporting and business context.”
- Babcock International Group

"We wanted to give a key message to our dealer network regarding determination and success. Due to our relationship with UK Athletics Jason was a natural choice. He was brilliant and conveying this key message and related it to our specific business need. Our dealers were much moved by Jason’s speech and the session proved to be extremely motivational for them. Furthermore, Jason went the extra mile by talking one to one with many of them individually. Jason made the event a huge success."
- Alfa Romeo 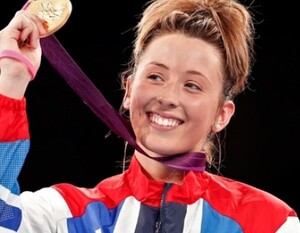 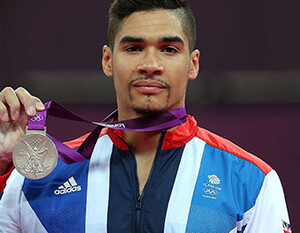