James 'Jimmy' Spithill is one of the most successful yachtsmen in the sport. He became the youngest yachtsman to win America's Cup in 2010, competing for the BMW Oracle racing team. In doing so, he cemented his already growing reputation as one of the most talented yachtsmen of his generation. As a speaker, James is charming, personable and has a natural presence in front of an audience. His tales of triumph from adversity are inspirational and awe-inspiring.

Remarkably, James grew up on the water, he started windsurfing at just 5 years old. His home town of Elvina Bay, Australia, had no access to roads. The entire community lives on the water with the only access to the mainland being by boat. James got his first win in boat racing at just 10 years old.

Jimmy's professional career took off when he became the youngest America's Cup skipper in 2000. Not resting on his laurels, James went on to become the youngest skipper ever to win the America's Cup in 2010. A record that stands today. Even more astounding was the nature in which he led his team to rescue a victory from the jaws of defeat against a talented team. In 2013 he repeated the feat to win the America's Cup for a second time, another record to his name. James is a fountain of knowledge on the racing circuit with tremendous experience.

James Spithill has won multiple championships over the years, in addition to his world record 2 America's Cup wins as skipper in 2010 and 2013, he has won the ISAF Match Racing World Championship in 2005, the Rolex Sydney Hobart Yacht Race, the 53 Super Series in 2017, and the 2021 Prada Cup, Now booked as a speaker James delivers talks to corporations around the globe on team building, resilience with each receiving key takeaways. 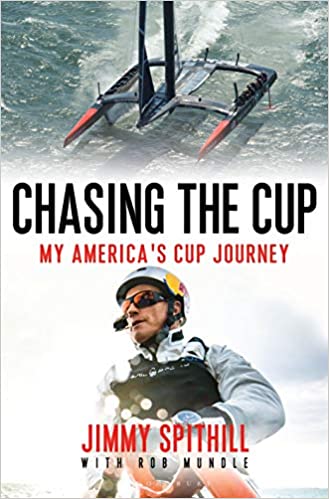 How to hire James 'Jimmy' Spithill

Contact the Champions Speakers agency to provisionally enquire about James 'Jimmy' Spithill for your event today. Simply call a booking agent on 0207 1010 553 or email us at [email protected] for more information.

"This was very great presentation with key take aways! First feedbacks received are that presentation has been much appreciated! Everything ran perfectly! thank you James for his intervention and share with him first positive feedbacks we received." - Aurélie, Guerbet

"Jimmy,  thank you for the great speech you made last Tuesday. The energy you brought and the messages you sent were a great source of inspiration for all of us, really fitting our context & needs. You introduced yourself saying you are not a motivational speaker nor business speaker per say, nevertheless I must say you do bring amazing motivation & business insights/analogies, really well done.

I hope to have the chance to see you live on water somewhere in France or Spain in 2022 and wish you all the best for the SailGP adventure & maybe also next America’s cup who knows 😊?" -  Marc Guerbet