LEGENDARY FORMER WEST INDIES CAPTAIN WHO SCORED OVER 37,000 RUNS AND A STAGGERING 92 CENTURIES WHO ALSO PIONEERED THE EMERGE OF BANGLADESH ONTO THE GLOBAL STAGE
Enquire Now
Image
Enquire Now

Former West Indian opening batsman Gordon Greenidge MBE enjoyed a successful career spanning 18 years between 1974 and 1992. Best known as a powerful batsman who struck fear into bowlers throughout the world, Greenidge was an attacking and controlling batter who was solid whilst at the crease, a fact reinforced through his impressive run rate. Forging the most prolific partnership in test cricket history with Desmond Haynes, the pair made 6,482 runs. Playing 108 test matches and scoring 7,558 runs, Greenidge played 128 One Day Internationals scoring 5,134 runs, including appearances at the 1975 and 1983 World Cups. Throughout his career he has scored 37,000 runs and 92 centuries, having played domestic cricket for Hampshire and represented Barbados for 17 years, with a small cameo appearance for the Scottish National team in 1990.

Greenidge is now a prolific cricket speaker, delivering talks as an after-dinner speaker to events and conferences throughout the country. After retirement in 1991, Greenidge undertook the coaching responsibilities with the Bangladeshi national team in 1997, with the team going on to claim the ICC trophy in that year, which gained them qualification for the 1999 World Cup finals- their first appearance at the tournament. This participation in their first-ever Cricket World Cup changed Bangladesh's cricket status forever, granting them Test cricket status and a full ICC member status. Due to his commitment to the team and the achievements they made, Gordon received citizenship of Bangladesh in reward of his efforts.

Contact the Champions Speakers agency to book Sir Gordon Greenidge for your event today. Simply call a booking agent on 0207 1010 553 or email us at agent@championsukplc.com for a free quote.

When at corporate events, Gordon is known to cover the following topics:

See what people had to say about Gordon, when he appeared at their corporate events:

"I am writing this to say how delighted we all where with Gordon he is a true gentleman and did every thing he was asked to do. His after dinner speech  was very interesting and his questions and answer session highly entertaining. I would not hesitate to recommend this great man as a good speaker for all ages." - Phillip, For and Behalf of Yarm Cricket Club 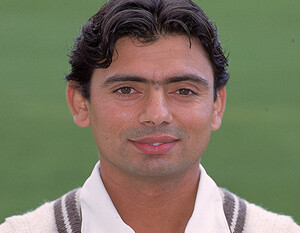 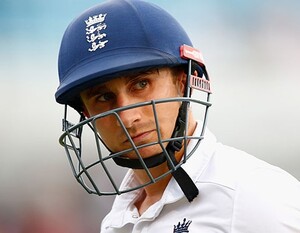 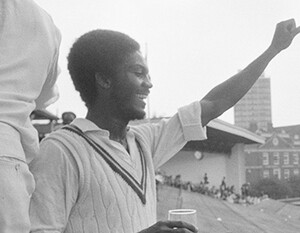