ONE OF THE COUNTRY’S BEST LOVED COMEDIANS, GARY HAS BEEN A PROFESSIONAL COMEDIAN FOR OVER 25 YEARS
Enquire Now
Image
Enquire Now

Gary Skyner is a British comedian known both for his razor sharp stand-up comedy and his physical disability: Gary was the second person in the UK born disabled following the use of the drug Thalidomide during his mother’s pregnancy.

Skyner has appeared as a comedian at some of Britain’s biggest and most prestigious venues, including Grosvenor House in London and the Central Pier in Blackpool. As a comedian Skyner draws both on his experience as a disabled entertainer; his cutting remarks floor any member of the audience foolish enough to interrupt him and his lightning fast humour dispels any preconceived ideas his audience may have about disabled entertainers in any area.

Alongside his work as a comedian Gary Skyner also provides services as a compere, where he also utilises his stand-up comedy skills; as a humorous after dinner speaker Gary has his audience howling with laughter, tears streaming down their faces and their minds seriously blown.

Contact the Champions Speakers agency to book Gary Skyner for your event today. Simply call a booking agent on 0207 1010 553 or email us at agent@championsukplc.com for a free quote.

See what people had to say about Gary, when he appeared at their corporate events, here:

“Your motivational speech on Friday night was very uplifting. This, followed by your comedy routine, which was absolutely hilarious, worked perfectly in getting our guests in the mood for the fundraising events taking place.The evening for the NSPCC has been a great success” - Barry, Scolmore International Ltd

“I am writing to say that I really enjoyed your performance at our annual dinner last month. I found your performance to be very entertaining and enjoyable to listen to. I would not hesitate in recommending you as an ideal entertainer for a sportsman’s evening” Bernard, Manchester City Football Club

“I felt compelled to write to you to pass on our huge appreciation to you for travelling up to Greenock to speak at our Annual Sportsman’s Dinner. We had heard many good things about your act, but quite frankly they did not do you justice! I have personally taken many phone calls this week from people that attended the dinner who were bowled over by your performance as well as being humbled by your guts and determination” Crawford, Greenock Morton FC 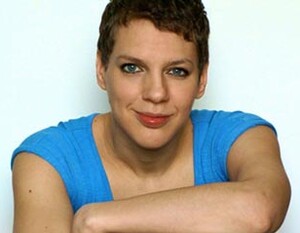