Dr Ed Coats is a dynamic and brave adventurer who raced to the South Pole alongside Ben Fogle and James Cracknell in 2009, making up a five-part docu-series on BBC Two entitled, On Thin Ice. The former doctor proved himself a much-loved media personality on television and his subsequent achievements have ensured a catalogue of inspiring stories from his time travelling.

On his return, Coats embarked on a number of personal microadventures, which he called, '30 at 30'. This saw him take on challenges around the UK, including a mountain marathon on Dartmoor and a coast to coast race across Scotland. Helping teams to overcome challenges, perform under pressure and work in extreme situations, Coats is a motivational speaker offering an array of memorable and actionable lessons. Ideal for corporate team building and conferences with underlying themes of teamwork and leadership, he is widely-sought-after on the global events circuit.

In addition to his ability to inspire and motivate a team, Coats is an entertaining after dinner speaker capable of rousing teams and leaving audiences in awe as he recounts stories of his incredible journeys. Able to present both sincerely and humorously, depending on the needs of any engagement, Coats is an expert at reading the room.

Since his first televised expedition to the South Pole, Coats has co-led a skiing expedition in 2012, appearing on Channel 5's North Pole Ice Airport in the process. He would also head up an Extreme Classroom project, which took in "The Coldest Classroom on Earth" in the Arctic and "The Hottest Classroom on Earth" in Africa, for a BBC World series. With a keynote presentation able to rouse any team, Coats is without a doubt one of the most popular explorers and presenters of our time. From team-building to an evening of laughter and storytelling, Dr Ed Coats is the perfect speaker to bring a buzz to your occasion.

Contact the Champions Speakers agency to book Ed Coats for your event today. Simply call a booking agent on 0207 1010 553 or email us at agent@championsukplc.com for a free quote.

When at corporate events, Ed is known to cover the following topics: 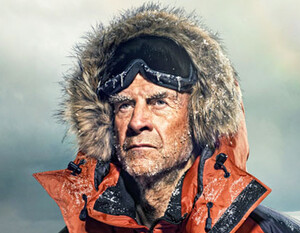 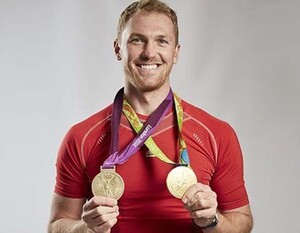