Business magnate Lord Digby Jones is an influential keynote speaker and business speaker. Lord Digby Jones is now the Chairman of Triumph Motorcycles, Lord Jones began his illustrious business career in corporate law, specialising in mergers and acquisitions as well as management buyouts within the West Midlands. After a spell as KPMG's Vice Chairman of Corporate Finance, Digby was appointed Chairman of the West Midland Region of the CBI and in the process became the first serving regional Chairmans to become the Director-General of the group.

After Digby’s tenure with the CBI had finished, he went onto advise firms including Ford, Deloitte, JCB and Barclays Capital in both finance and futurism trends to come. Digby entered the political environment when new roles were created within Gordon Brown’s administration. Taking the post of Minister of State for Trade and Investment, Lord Jones overlooked the training and education needed in order to combat the demands of global competition. Since then Lord Digby Jones has gone onto to serve as Non-Executive Chairman and Director for a number of companies in a diverse array of corporate sectors including quarry aggregates and independent radio.

Taking on the role of business guru Sir John Harvey-Jones, Digby has helped medium size businesses break out into new markets, prepare for the future and realise their full in BBC2's The New Troubleshooter. A thought provoking and highly sought after keynote speaker and futurist speaker, Lord Digby Jones is a pre-eminent authority on corporate market placement and competitiveness in the future. Mixing facts and anecdotes, Lord Jones’ humorous delivery of talks as a business speaker makes for fantastic interaction with the audience, making him an ideal personality to host an event or conference. 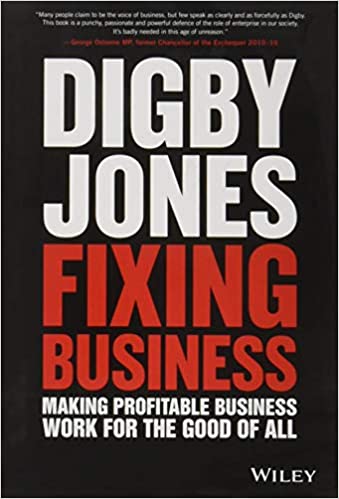 Fixing Business: Making Profitable Business Work For The Good Of All 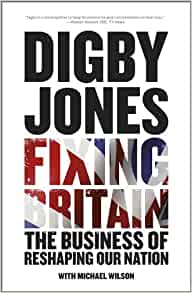 Fixing Britain: The Business Of Reshaping Our Nation

How to hire Lord Digby Jones

Contact the Champions Speakers agency to provisionally enquire about Lord Digby Jones for your event today. Simply call a booking agent on 0207 1010 553 or email us at [email protected] for more information.

When he's at corporate events, Digby is known to cover the following topics:

“Digby was excellent. He was described as inspirational by most delegates. He was relaxed, knowledgeable and engaging” – Chamber of Commerce

“What can I say: I am a fan. You are informative, personable, entertaining and have a tremendous sense of humour. You captivated the audience here in New York. I received many compliments on your speech, your delivery and your charm” – Bob, Harvey Nash, USA

“Lord Digby did a superb job with regard to his presentation, as always, and I appreciated the way he involved himself with delegates afterwards. He made major contribution to the success of the event” – David, Nisa-Today’s Limited

“The closing keynote by Lord Jones was a huge hit with a whopping score of 9.6 out of 10 on our feedback survey! In my experience delegates are generally tough scorers and rarely give such overwhelmingly high scores” – Helen, Incisive Media