Comedian Who Has Appeared On Live At The Apollo, The Fake News Show & Mock The Week
Enquire Now
Image
Enquire Now

Host, comedian and celebrity personality, Desiree Burch is a true spectacle of comedy. She is an award-winning performer, recognised for her quick wit and hilarious situational skits. From Live at the Apollo to her own show, Flinch, Desiree's natural onstage charm, confidence and ability to resonate with audiences sets her apart from other comedians. No stranger to the stage or screen, an event featuring Desiree is surefire success, as she eloquently entertains audiences of all ages.

Desiree has appeared on several prestigious comedy shows, including The Russell Howard Hour, The Fake News Show, Frankie Boyle's New World Order, Mock the Week, American Autopsy and Richard Osman's House of Games. Alongside Sean Walsh and Lloyd Griffith, she even hosts her own show, titled Flinch, on Netflix. Since its debut in 2019, the programme has received critical acclaim and has become a fan favourite on the immensely popular streaming platform. Centred around the show's title, contestants are put through several challenges designed to make them flinch. If they do, they lose the show.

Additional roles for Desiree include Head of Emergency Press Conferences in Welcome to Night Vale, a popular fictional podcast on the town of Night Vale. In 2019, she embarked on a nationwide UK comedy tour, titled Desiree's Coming Early, supported by fellow comedian, Ingrid Dahle. The tour was a sell out success across the board, and entertained thousands of captivated audiences. Desiree won the Funny Women Awards in 2015, a prestigious achievement for any comedian. As an event entertainer, her popular set will keep audiences on the edge of their seats and in stitches with laughter. An up and coming comedian, Desiree's thriving career is set to go from strength to strength, making now the perfect time to book her.

Contact the Champions Speakers agency to book Desiree Burch for your event today. Simply call a booking agent on 0207 1010 553 or email us at agent@championsukplc.com for a free quote. 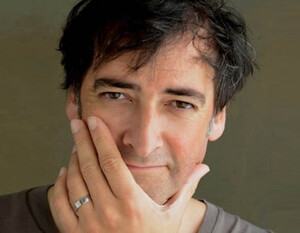 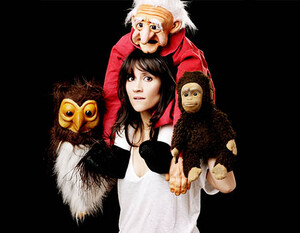