Best known for her work alongside her foul-mouthed comedian chimp Monk the Monkey, Nina Conti is not only a great comedy speaker but also an excellent ventriloquist, her puppetry is second to none whilst the content of her stand-up comedy act is brilliantly written and flawlessly performed. Nina Conti has appeared as a comedian at sell out shows for the Edinburgh Fringe Festival, The Montreal Comedy Festival and the Melbourne International Comedy Festival. Her hit 2010 show Evolution also saw Conti introduce a new series of puppets to her act! Conti tweeks her act to make it suitable for any private party and promises to entertain any audiences watching her work as a comedy speaker.

Conti has taken her work as a comedian beyond the stand-up comedy stage, she has made TV appearances in numerous well known TV series and radio shows, including a recurring role in the Sony award winning BBC Radio 4’s Claire in the Community as well as a memorable TV appearance in Channel 4’s BAFTA award winning Black Books where she worked alongside fellow comedian’s Dylan Moran and Bill Bailey.

Alongside her work as a comedy speaker Conti has fronted two documentaries, the first A Ventriloquist’s Story: Her Master’s Voice in which she explored her feelings for her lover and mentor the late Ken Campbell by taking his puppets on a pilgrimage to Vent Haven, the second BBC 4’s Make Me Happy: A Monkey’s Search for Happiness Nina and Monk explored the world of new age medicine and alternative therapies. A popular comedy speaker choice for corporate events Nina Conti prides herself on the diversity and flexibility of her act, though he is known for his bad language Monk is more than happy to tone his attitude down to perform for a more sedate audience, whilst the raucous and innovative humour that comes so naturally to Conti as a comedian is always popular with livelier audiences and wedding guests.

Contact the Champions Speakers agency to book Nina Conti for your event today. Simply call a booking agent on 0207 1010 553 or email us at agent@championsukplc.com for a free quote.

“Gut-bustingly funny and the crowd roared their approval throughout ... trust me, it is yet another ingenious, adventurous conceit that has had a real comic intelligence applied to it. This is a really well thought out, clever, witty and downright brilliant show. Wonderful entertainment performed by an artist at the peak of her powers.” - The Mirror, UK

“Excellent performance from a very talented lady (and monkey & granny!). She managed to keep a crowd of 860 (mainly male) guests quiet and entertained for almost 25minutes!! Result - well done! We would recommend her act to anyone. She's brilliant.” - The Construction Manager of the Year Awards 2011 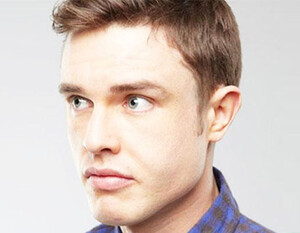 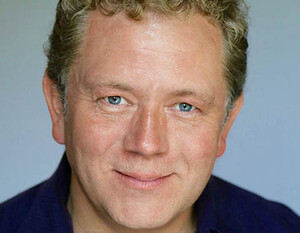