Renowned TV host, physicist and data scientist, Debbie Berebichez is famed for co-hosting Outrageous Acts of Science on the Discovery Channel. Explaining the science behind engineering, Debbie also regularly appears across the Travel Channel, CNN and NOVA. Most recently she became the Lead Scientist in Microelectronics and Quantum Computing at VTT. With a successful background in science, Debbie is now booked as a speaker for a range of corporate events to share her passions for science and to encourage the improvement of STEM education worldwide.

In the world of Science, she has held several prominent roles, such as an Instructor for Stanford University, VP of Quant Risk Analysis for Morgan Stanley Capital International, the Principal Scientist for ThoughtWorks, the Chief Data Scientist for Metis and the Lead Scientist of Microelectronics and Quantum Computing for VTT. Having worked across business leadership and media roles, Debbie is considered a thought-leader in everything from science and curriculum development to the empowerment of women and underrepresented communities.

After studying a PhD in Physics from Stanford University, becoming the first Mexican woman to graduate with a PhD from Stanford, Debbie has since forged a successful career using her scientific knowledge. Starting her career as a Physics Research Associate for Stanford University, Debbie has also worked as a National Science Foundation Postdoctoral Fellow at Columbia University and a Research Associate in the Global Stock Selection Group for AQR Capital Management. In 2007, Debbie began her TV career becoming the Video Producer and Host for The Science of Everyday Life.Since then, Debbie has also been the host of Humanly Impossible on National Geographic, the host of NOVA on PBS and the host of Outrageous Acts of Science for Discovery Inc. Her work has also been recognised by WSJ, Oprah, and the American Association for the Advancement of Science.

Passionate about inspiring future generations to pursue careers in STEM subjects, Debbie is now booked as a speaker for a range of corporate and public events. An Ambassador for the IF/THEN initiative of the American Association for the Advancement of Science, Debbie is known for translating complex ideas into relatable facts of the science behind everyday events. A seasoned speaker, Debbie was formerly invited to deliver the TEDx talk How Physics Gains Insight from Interconnectivity, and has been booked by clients such as Morgan Stanley, Credit Suisse and WIRED UK. When looking for an expert in everything from science and data to STEM empowerment, book Debbie Berebichez for an insightful speech today. 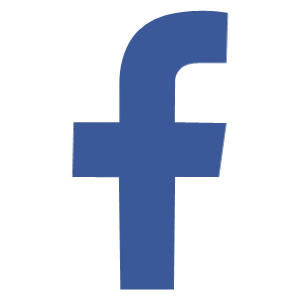 How to hire Debbie Berebichez

Contact the Champions Speakers agency to provisionally enquire about Debbie Berebichez for your event today. Simply call a booking agent on 0207 1010 553 or email us at [email protected] for more information.

Debbie is often booked as a speaker for a range of corporate events, read her latest feedback below.

"In addition to having a hugely inspirational story, Debbie brings a wealth of knowledge about physics and the critical capability to translate her knowledge into concepts that are easily understood by a variety of audiences. Her passionate display of knowledge, combined with a strong grasp of the history and application of science means she is a powerhouse of a presenter for a variety of audiences. She worked tirelessly to hone a message that was focused on our customers and I look forward to my next opportunity to work with her!" - Adam, Chief Architect, Red Hat

"I had the privilege of learning Data Science & Machine learning from Debbie, who is also the Chief Data Scientist for Metis and a fascinating TV personality. Her impeccable educational and professional credentials are reflective of her knowledge and delivery of tough concepts in ML. Debbie is one of those exemplary instructors who also naturally serves as an inspiring mentor. It was a delight to work on projects under her as she exhibits strong interpersonal skills and a unique capacity for empathy. I would always cherish the valuable wealth of knowledge gained from her!!" - Varun, Senior Technology Manager

"If great data scientists are rare, Debbie is a true unicorn. Of course, she has deep technical chops and an incredible academic pedigree, but what makes her stand apart is her ability to communicate and inspire; her ability to translate incredibly complicated concepts into digestible, easy-to-understand ideas; and her relentless mission neither to let numbers and code obfuscate her audience, nor to let her audience get away with not thinking critically about the problems they encounter. I hired Debbie almost five years ago to join Metis as Chief Data Scientist, and in that short time, she not only impacted countless lives and careers but also she challenged and changed us profoundly as an organization." - Jason, Founder & President, Metis

“Debbie, the girls loooooved you! What an inspiration for girls with a STEM interest. Thank you, thankyou!! Let's definitely make this an annual event!” - Ann, Barnard College