Former professional footballer, David May, is best known for his ten year stint at Manchester United. Starting his career as a Premier League footballer he now shares his time between coaching, football speaking and developing his wine business. Still a loyal Manchester United fan, David makes appearances at many of their functions and after dinner speaking events.

David has always been passionate about football, graduating to Blackburn Rovers first team ready for the season of 1988-89, prior to this he had only been a trainee. Playing as mainly right-back David made over one hundred appearances for Blackburn Rovers and his team was eventually promoted to the new Premier League in 1992.

In July 1994, Manchester United manager Alex Ferguson had finally found the ideal player to fill his defender spot in the squad and brought David for £1.2 million. Throughout his career at Manchester United he collected two Premier League winner’s medals.

Towards the end of his football career David was snapped up by Burnley manager Stan Ternent to strengthen their defence. David played a total of thirty nine times for Burnley throughout the 2003-04 season and also captained the side on a number of occasions. David finished his long career playing by joining Bacup Borough, a non-league side. Although David retired from playing he still continues to pursue his passion for football and went on to be appointed as Bacup Borough’s assistant club manager followed by a move to Dubai to coach at a football school in 2007.

Perfectly complimenting Davids work as a football speaker he also has experience working as a pundit and commentator for MUTV, Manchester United’s Official channel. He entertains and informs his listeners on the techniques, tactics and performance of both Manchester United and their rivals.

David has established himself as one of the most well-respected football speakers that currently works on the after dinner circuit. David can provide an insightful talk backed up with his experiences as both a player and a manager which includes the inner workings of British football. David always leaves his audience entertained and has an array of great stories to share from his time on and off the pitch.

Contact the Champions Speakers agency to book David May for your event today. Simply call a booking agent on 0207 1010 553 or email us at agent@championsukplc.com for a free quote. 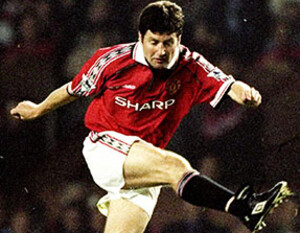 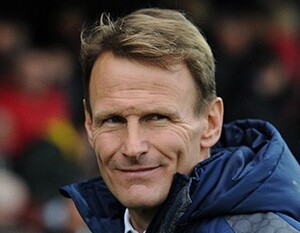