With over 15 year's experience in media broadcasting, Sky Sports News presenter David Garrido can offer a fantastic, behind the scenes insight into what it's like to present news to millions of people watching on. An instantly recognisable face in the TV sports sector, David first turned his hand to broadcasting whilst at Oxford University. After joining the student radio station, he was quickly employed as sports editor, channelling his love of all things sport which shines through in his role today.

David's big break in the broadcasting world really came in 2000 when he won that year's BBC Talent Campaign and was rewarded with a six-month presenting contract for BBC News 24, where he presented the sports bulletins. His skill in the front of the camera was clear to see from the off and, in 2003, he joined BBC Radio 1 where he was the voice of sport on Newsbeat. He reported from numerous Formula One Grand Prix, World Cups, Champions League Finals and Wimbledon as his stock grew and he experienced the thrill of travelling the world to report on some of the biggest sporting occasions.

After being a reporter for Match of the Day and Final Score during his time at the BBC, a new challenge arose when Sky Sports News came knocking in 2011. Now a regular on the channel, David also presents Spanish football coverage and has anchored Melbourne, Monaco and Silverstone Grand Prix coverage for the broadcaster.

In his after dinner talks, David often explores the unpredictable world of 24 hour news reporting as well as how crazy Transfer Deadline Day can be to report on. Requiring skill and the ability to react quickly to evolving stories, David provides helpful guidance on how the techniques he uses can be implemented in many different walks of life as well as business settings. A fantastic event host too, David interacts with all guests and feels comfortable in front of audiences both large and small. A funny and highly knowledgeable individual, David makes a great addition to events of all shapes and sizes.

Contact the Champions Speakers agency to book David Garrido for your event today. Simply call a booking agent on 0207 1010 553 or email us at agent@championsukplc.com for a free quote. 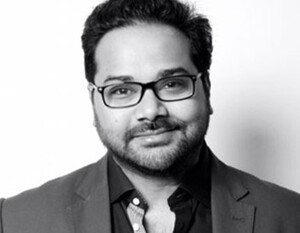