With a Bachelor of Arts in Journalism and Political science from Flagler College, it is no surprise that Adam Hunt was destined for broadcasting success. Insightful, analytical and passionate about sport, Adam is an invaluable addition to any event where he can share his knowledge, cultivated over an impressive career. Whilst studying for his degree and captaining the university’s varsity tennis team, Adam’s love for competing flourished - his team was even ranked in the USA’s top 10 NCAA Division II.

In 2010, Adam was the Sports Director for WFCF 88.5 FM, a role in which he used his critical knowledge of sport to benefit the University’s radio station. Moving to Perform in 2012, he then took advantage of his first-hand tennis experience as a Tennis Commentator, analysing the fast movements of the sport to update captivated fans from an expert’s perspective. With a love of radio, Adam spent 6 months as a live NFL host for Absolute Radio, where he continued to strengthen not just his sporting knowledge, but his skills as a presenter. Some after-dinner speakers are sporting experts, some are talented presenters, Adam boasts both skills which he frequently proves at events.

For the next 7 years, Adam moved up the ranks at talkSPORT. From an MLS Correspondent to a Presenter and Contributor, Adam earned a respectable reputation as an insightful presenter. He continues to stand-in as a presenter for the channel. Additionally, Adam frequently features on IMG Media as a reporter, a role he has contributed to for over 7 years.

In 2012, Adam took up the role of US Correspondent for Sky Sports. After only a matter months, he proved his potential enough to be made a key presenter for the channel, a position which he continues to make a name for himself in. Versatile, charismatic and knowledgeable, he has covered the Premier League, Champions League and FA Cup football over the course of his career.

As an after-dinner speaker, Adam is as analytical and captivating on stage as he is on screen. Those who witness him present come away with a new-found knowledge of presenting, journalism, broadcasting and, most importantly, sporting success.

Contact the Champions Speakers agency to book Adam Hunt for your event today. Simply call a booking agent on 0207 1010 553 or email us at agent@championsukplc.com for a free quote.

When he's at corporate events, Adam is known to cover the following topics: 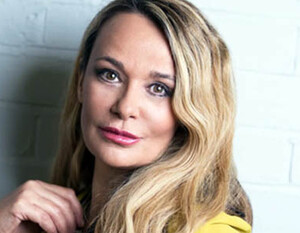