Ray Parlour enjoyed the most prolific period of his football career whilst at Arsenal during the 1990s and early 2000s. Also playing for Middlesbrough and Hull City during his 20 year career, the midfielder reached 400 caps and scored 22 times, all for the Gunners. Calling an end to his playing exploits in 2007, Parlour has since forged a reputable career as a pundit, predominately on radio with BBC Radio 5 Live and talkSPORT. A fans’ favourite due to his high energy and electric personality and performances, his popularity as an after dinner speaker and football speaker is phenomenal.

His 14 year stint with Arsenal threw him into the limelight; affectionately known as The Romford Pelé, Parlour made his England debut in 1999 and eventually won 10 International caps. Deemed to have been under utilised at International level, Parlour continued to thrive for the Gunners claiming three Premier League titles, four FA Cups, three FA Community Shields and the Europa League.

Often gifted the captaincy, Parlour was very much over looked when it came to crediting players for the proficiency of Arsenal throughout those years. A silent assassin who quietly worked hard for the team without any personal glory or accolades, only was it when he departed Highbury that people began to stand up and realise what he did for the team. His workhorse ethos has improved his suitability as a sports speaker, specifically in attending events as an after dinner speaker.

Accomplished throughout his career, Ray Parlour quietly got on with his job without any fuss or any commotion. A role model to all young aspiring midfielders, Parlour is an excellent motivational football speaker and sports speaker; his distinguished selfless nature and never ending attitude is exceptional, and something which he is very modest about.

Eloquent and fluid during his speeches, Ray Parlour is a fantastic after dinner speaker; his instantly recognisable golden curls threw him up as a poster boy of 1990s football and his favourite status with the Arsenal faithful make him a Highbury icon.

A respected after dinner speaker and football speaker, Ray Parlour is sought after for a multitude of events and occasions. With his popularity ever increasing, don’t miss out on booking Ray Parlour for your event today with Champions Speakers.

Contact the Champions Speakers agency to book Ray Parlour for your event today. Simply call a booking agent on 0207 1010 553 or email us at agent@championsukplc.com for a free quote.

When he's at corporate events, Ray is known to cover the following topics:

"It went very well. I had a lot of backup prompts/material lined up but didn't need any of it - Ray really helped the kids settle and the questions flowed nicely. I was very impressed with how he got stuck in and encouraged them to ask away. A group of students took him on a tour around our site and all remarked how down to earth and funny he was, he's left a lasting impression on them, it's exactly what we were hoping for. Some of them are quite introverted but I think this will help to encourage them to be more confident and expressive and it will be a memory they take away long after they've left school." - Trevor Benstock – Bradfield College 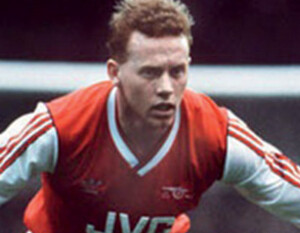